The Rise of the Empath and the Narcissist

It seems like every other day I am seeing an article on my Facebook feed about narcissists, empaths and romances between narcissists and empaths. 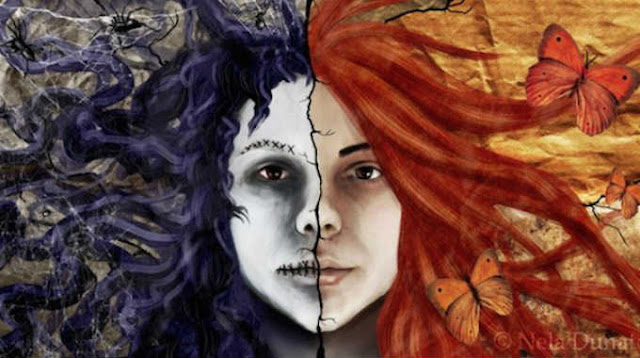 Both empaths and narcissist are buzz words that people seem to be using more and more to describe themselves or people they know.
What it is interesting is that I have observed that narcissist are like the shadow of the empath. Whatever the light touches also casts a shadow, and I feel that both narcissists and empaths are one side of the same coin.

What is a Narcissist?

Firstly, narcissism is a mental disorder, however today the term is being used more freely to describe people who most likely are living from a place of extreme ego.
No one is born a narcissistic, it is a behaviour pattern that is developed over time. Narcissists are described as being manipulative, lacking empathy, having split personalities, being controlling and having a heightened sense of self importance.
On a deeper level however, perhaps the narcissist is an empath themselves, but just can’t seem to figure out how to handle all of their emotions. This then results in them shutting out their emotions, feeding the ego and turning into a seemingly emotionless person.
Perhaps a narcissist has so much empathy that they don’t know what to do with, so it manifests as them displaying narcissistic tendencies.

What is an Empath?

The term empath is also being used more freely to describe people who are highly intuitive and extremely sensitive to energy.
We are all intuitive and sensitive to energy to some degree, but empaths are here to light the way and to hold the torch for other people to follow. Empaths are here to increase our awareness to energy and that we are all energetic beings.
The same goes for the narcissist, they are simply holding the torch to expose the egoand how it can take over and make the person seem almost inhumane.
Empaths and narcissist have always been around, but as our consciousness continues to evolve, we are becoming more aware of these behaviour patterns.

Why Empaths and Narcissists Attract