Why is it that extrasensory perception, like human telepathy, remote viewing, psychokinesis and more are commonly shunned by a large portion of the mainstream scientific community? The answer is simple, it’s our inability to understand or develop a sound scientific theory to explain phenomena that, so far, is completely unexplainable, but real. Despite the fact that they are unexplainable, these occurrences (telepathy, remote viewing, psychokinesis, etc..) have been observed in laboratory settings by scientists all over the world for decades. It’s a troublesome thought that experiments, showing repeatedly significant results, continue to be ignored by the mainstream just because we can’t explain them. Again, It’s important to remember that just because we cannot explain them, or figure out (in modern day scientific terms) how they are happening, does not mean that they are not happening. 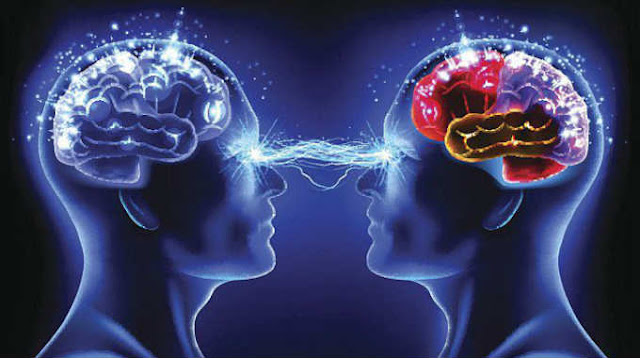 “Some materialistically inclined scientists and philosophers refuse to acknowledge these phenomena because they are not consistent with their exclusive conception of the world. Rejection of post-materialist investigation of nature or refusal to publish strong science findings supporting a post-materialist framework are antithetical to the true spirit of scientific inquiry, which is that empirical data must always be adequately dealt with. Data which do not fit favoured theories and beliefs cannot be dismissed a priori. Such dismissal is the realm of ideology, not science.” – Dr. Gary Schwartz, PhD., professor at the University of Arizona (source)

Albert Einstein, reporting a conversation with an unnamed but “important theoretical physicist,” regarding telepathy:
(1) He: “I am inclined to believe in telepathy.”
Einstein: “This has probably more to do with physics than with psychology.”
He: “Yes”
Again, there has been a multitude of published research, showing extremely significant results when it comes to this type of phenomena.
For a selected list of downloadable peer-reviewed articles reporting studies of psychic phenomena, mostly published in the 21st century, you can click HERE.

Since this topic has been examined in depth for decades by various scientists, it’s hard to pick out which ones to present, but most of them are interesting, so I thought I’d start with a classic experiment that was conducted in 1923  by Dr. H. I. F. W. Brugmans  and his colleagues in the Department of Psychology at the University of Groningen, The Netherlands.
In this experiment a physics student was investigated for telepathic abilities. He was placed inside a curtained booth, blindfolded and asked to place his arm under the curtain to select one square on a 6 by 8 checkerboard placed on a table next to the curtain. The target he was trying to select was determined randomly by the experimenter on each trial.
An assistant experimenter knew the target square and tried to mentally influence his arm movements to guide him to select the correct target square.
This study was also one of the first to employ the use of a physiological measurement – galvanic skin response, to see if the subject’s skin resistance would vary according to his selection of correct versus incorrect targets.
It’s also noteworthy to mention here that a recently published study (meta analysis) in the journal Frontiers in Human Neuroscience titled “Predicting the unpredictable: critical analysis and practical implications of predictive anticipatory activity” examined a number of experiments regarding this phenomenon that were conducted by several different laboratories.
These experiments indicate that the human body can actually detect randomly delivered stimuli that occur 1-10 seconds in advance. In other words, the human body seems to know of an event, and reacts to an event that has yet to occur. What occurs in the human body before these events are physiological changes that are measured regarding the cardiopulmonary, the skin, and the nervous system. You can read more about that HERE.
The results of this experiment in the Netherlands were extremely significant, with 60 success cases out of 197 trials rather than the 4 expected by chance. That’s associated with odds against chance of 121 trillion to 1.
“A reanalysis of this study in 1978 explored in great detail a number of criticisms that had arisen over the years. It found that potential flaws, such as biases in the random target sequences and possible sensory cues, could not plausibly explain away the extremely significant results.” – Dean Radin (1)

The phenomenon of “dream telepathy” has also been well documented in a laboratory setting. These experiments have been conducted over a number of years and have yielded statistically significant results.
“A wealth of anecdotal and clinical material exist which supports the possibility of telepathic effects occurring in dreams (Krippner, 1974). However, an experimental approach to the topic did not become possible until psycho-physiological laboratory technology became available. It was discovered that sleeping research participants awakened from periods of rapid eye movement (REM) activity were frequently able to recall dream episodes. As a result, it was possible to request a “telepathic receiver” to attempt dreaming about a target stimulus that was being focused on in a distant location from a telepathic sender.” (source)
You can read more about dream telepathy, and view the experiments/results/sources in THIS article. They are quite remarkable.

Another very popular, classic experiment that has withstood the test of time is what’s known as the “ESP card test.” It gained well-deserved attention when J.B. Rhine’s Parapsychology Laboratory at Duke University started examining it.
The test involves cards imprinted with one of five symbols: circle, square, wavy lines, star or cross. A deck of ESP cards had five repetitions of each symbol for a total of 25 cards. In a typical experiment, the deck was thoroughly shuffled and then one person would select each card in turn and try to mentally send the symbol on that card to a distant person. Because of this, hundreds of trials were collected quite quickly, in a number of different environments and under controlled conditions.
Analysis of the results from this experiment were quite clear, and some of the experimental results conducted under high security conditions provided extremely strong evidence for the phenomenon.
Analysis of the 188 experiments that were described in Rhine’s 1940 book, Extrasensory Perception After Sixty Years, according to Dean Radin:
“The combined results are so far from chance that it would take 428,000 unreported studies averaging a chance effect to eliminate the results of the known 1888 experiments. Given that it took 60 years to produce those 1888 experiments, or about 2 studies per year, at that rate the missing studies would have taken 137,000 years to produce.” (1)

Another frequently cited experiment is what’s known as the “Pearce-Pratt” distance telepathy test. It took place from August 1933 through March 1934. The test consisted of 74 runs and 25-card ESP decks.  Prior to this, Rhine (mentioned in #3) and Pratt had already conducted 700 runs of 25 cards under a variety of conditions, with an overall hit rate of 32 percent where chance expectation was 20 percent.
The “Pearce-Pratt” test had 74 planned runs, and a total of 1,850 individual trials. Pearce recorded 558 hits, which was approximately 200 hits above chance expectation. This is associated with odds against chance of multiple billions to one.
All of the above results clearly indicate that chance is ruled out. This is what Pearce concluded:
“The series contributed all that an experiment can do toward establishing the ESP hypothesis. The rest is a question of receptivity on the part of the professional group.” (1)
You can read more details about this test here.

This last example deals with clairvoyance, in which a picture-drawing experiment is usually used where one person selects or imagines an object, sketches it, and then concentrates on “sending” that image to a distant partner. The partner then attempts to reproduce the same object or sketch, and then the two pictures are judged for similarities.
One great, classic example is the Upton Sinclair test. This involved a successful series of picture drawing experiments that was published in 1930 by Upton Sinclair, a popular American social activist who first rose to fame because of his 1906 novel, The Jungle, a book that led to the U.S. government’s Pure Food and Drugs Act, as well as the Meat Inspection Act. He was also a Pulitzer Prize winner.
In his experiments, Sinclair would sketch out a small object, then another person at a distance would try to mentally perceive the sketch and reproduce it. He produces dozens of examples that prove telepathy far beyond what one would expect by chance. He conducted these experiments because he was a skeptic.
“There isn’t a thing in the world that leads me to this act except the conviction which has been forced upon me that telepathy is real, and that loyalty to the nature of the universe makes it necessary for me to say so. It is foolish to be convinced without evidence, but it is equally foolish to refuse to be convinced by real evidence.” – Upton Sinclair (1)
Albert Einstein was one of Sinclair’s good friends, who both trusted him and considered the data carefully. He provided a preface for the German version of Sinclair’s book, Mental Radio, and wrote the following:
“I have read the book of Upton Sinclair with great interest and am convinced that the same deserves the most earnest consideration, not only of the laity, but also of the psychologists by profession. The results of the telepathic experiments carefully and plainly set forth in this book stand surely far beyond those which nature investigator holds to be thinkable. On the other hand, it is out of the question in the case of so conscientious an observer and writer as Upton Sinclair that he is carrying on a conscious deception of the reading world; his good faith and dependability are not to be doubted. So if somehow the facts here set forth rest not upon telepathy, but upon some unconscious hypnotic influence from person to person, this also would be of high psychological interest. In no case should the psychologically interested circles pass over this book heedlessly.” – Albert Einstein (1)
There are many classic examples of these experiments, another comes from Cambridge University Professor Whateley Carington, who conducted multiple studies in this realm and provided sound evidence for “parapsychological” phenomenon (starting in 1941). Apart from his own experiments and studies that yielded statistically significant results, he spoke of the prior evidence before his:
“Those studies convinced me that, despite the machinations of the malevolent hoodoo which apparently dominates the subject, the case for supposing that significant and genuine positive results had been obtained in the past from experiments of this kind was very strong.”  (1) (source 2)

I just want to stress that these are a small number of classic experiments, out of hundreds that’ve been done. For a selected list of downloadable peer-reviewed journal articles reporting studies of psychic phenomena, mostly published in the 21st century, you can click HERE.
Sources: (1) Radin, Dean. Entangled Minds; Extrasensory Experiences In Quantum Reality. (View on Amazon here)
This post was republished from collective-evolution.com. You can find the original post here.