Many of the world’s richest and most powerful people, including Elon Musk and Bank of America, think that we live in a simulation of the real world.

Some of the world’s richest and most powerful people are convinced that we are living in a computer simulation. And now they’re trying to do something about it.
At least two of Silicon Valley’s tech billionaires are pouring money into efforts to break humans out of the simulation that they believe that it is living in, according to a new report.
Philosophers have long been concerned about how we can know that our world isn’t just a very believable simulation of a real one. But concern about that has become ever more active in recent years, as computers and artificial intelligence have advanced.
That has led some tech billionaires to speculate that the chances we are not living in such a simulation is “billions to one”. Even Bank of America analysts wrote last month that the chances we are living in a Matrix-style fictional world is as high as 50 per cent.
And now at least two billionaires are funding scientists in an effort to try and break us out of that simulation. It isn’t clear what form that work is taking.
“Many people in Silicon Valley have become obsessed with the simulation hypothesis, the argument that what we experience as reality is in fact fabricated in a computer,” writes The New Yorker’s Tad Friend. “Two tech billionaires have gone so far as to secretly engage scientists to work on breaking us out of the simulation.” 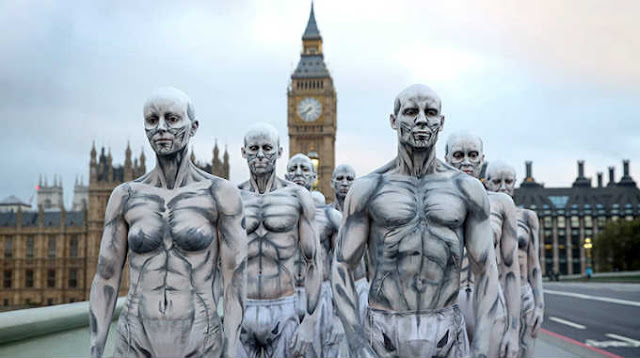 The detail came from a New Yorker profile of Sam Altman, who runs Y Combinator which helps develop tech companies.
Mr Friend didn’t indicate whether Mr Altman was one of those two, or who those people might be. A number of prominent tech billionaires have discussed the idea of the simulation – including Elon Musk, who has used his fortune to fund potentially odd efforts in the past.
Mr Musk spoke earlier this year about the fact that he believes that the chance that we are not living in a computer simulation is “one in billions”. He said that he had come to that conclusion after a chat in a hot tub, where it was pointed out that computing technology has advanced so quickly that at some point in the future it will become indistinguishable from real life – and, if it does, there’s no reason to think that it hasn’t done already and that that’s what we are currently living through.
If we aren’t actually living through a simulation, Mr Musk said, then all human life is probably about to come to an end and so we should hope that we are living in one. “Otherwise, if civilisation stops advancing, then that may be due to some calamitous event that stops civilisation,” he said at the Recode conference.
Mr Altman seemed to echo that fear and told the New Yorker that he was concerned about the way that the devices that surround us might lead to the extinction of all consciousness in the universe. He spoke about how the best scenario for dealing with that is a “merge” – when our brains and computers become one, perhaps by having our brains uploaded into the cloud.
“These phones already control us,” he said. “The merge has begun – and a merge is our best scenario. Any version without a merge will have conflict: we enslave the A.I. or it enslaves us.
“The full-on-crazy version of the merge is we get our brains uploaded into the cloud. I’d love that. We need to level up humans, because our descendants will either conquer the galaxy or extinguish consciousness in the universe forever. What a time to be alive!”
This post was republished from independent.co.uk. You can find the original post here.