10 THINGS TO REMEMBER WHEN LOVING A PISCES

Pisces men and women can be slippery fish!
They are full of great mystery, and their emotional depths run deeper than the ocean itself, but once you get a handle on them you will never want to let them go! This is because the Pisces are one the most soft, soothing and amiable signs in the zodiac. 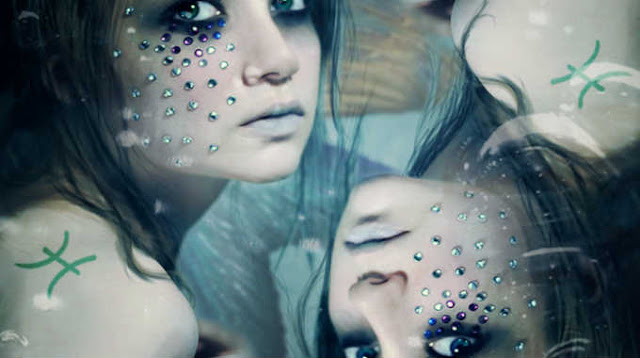 If you are a pisces, you know all too well that there are two types of you out there. Pisces I whom can be understood as the “go with the flow” type that sails through life eating up all of life’s pleasantries along the way. While type II, just can’t seem but to have the need to try and swim back up river, struggling at every moment. The good news for you type II’s is, it’s never too late to turn around and let the waters of life, gently wash over you while coast back down stream.

Pisces have a tendency of putting others needs ahead of their own.
While this can be admirable, often times a pisces will sacrifice a little too much, leaving them feeling like they have been taken advantage of when others can’t match the same level of generosity.
A pisces will easily feel slighted, and this resentment can manifest into cutting people out of their life entirely, leaving the other party puzzled as to what exactly it was that “they did wrong”.

9. They are escape artists

When you turn up the heat, the fish has a tendency to jump out of the water….
While a pisces is naturally gifted in social situations, and their calming demeanour can be very useful when coaxing others “off the ledge”, when the spotlight is turned around on them in a negative connotation, they turn into magicians and disappear faster than you can say “abracadabra”.

8. They are extremely sensitive

A pisces will immediately show you respect and they expect that you do the same. They have the softest hearts of all of the signs in the wheel, and they don’t understand those who purposefully look to inflict wounds on others. The golden rule should always be applied when loving a pisces, “if you don’t have anything nice to say, don’t say anything at all”.

This water sign is naturally gifted when it comes to listening to their hearts. They understand that their intuition stems from feelings generated at the heart centre and they hear and feel these subtle notions with ease. The pisces struggles most between what they know and what they feel, which causes them to be easily conflicted and left all too often feeling like they are torn apart inside.

Pisces never fail at finding themselves in sticky situations, I mean lets face it, their hearts are so open that it can take them down some rough roads.
There actions can be viewed as irresponsible to others, especially after they’ve been dragged through the mud.
While a pisces is known to carry a lot of guilt (specifically manifesting in tense shoulders) they will continue to repeat the same cycles over and over until they can learn to no longer let themselves be a punching bag for others.

Every other sign in the zodiac struggles with this, except for a pisces. A pisces has a higher knowing, either conscious or unconscious that allows them to be exceptional resiliant in terms of their own pitfalls and short comings. They understand that nothing should be taken too seriously, and while they are known to hold themselves to a high standard, they also know that nothing in life is worth being so hard on yourself for.

No other sign in the zodiac can match the calming vibration of a pisces. They are the ice to your fire and the softest place to land. Bringing people down from a high emotional state is their speciality. They are smooth tongued and even smoother when it comes to sweet talking someone to get what they want. ;)

3. They get bored easily

A pisces has a hard time when it comes to the mundane, every-day schedule. They feed off excitement and liveliness and are always on the go. Alike to a crab, they can’t get enough of the social scene, live music and large crowds, especially if it means avoiding the tired old responsibility of homely duties. To keep a pisces in your life, you need to keep it fun, spontaneous and fresh!

2. They hold comfort above all else

Pisces men and women saturate themselves in comfort. They appreciate the simple pleasantries of nourishing their bodies (especially their feet) and will indulge in regular massage, acupuncture, chiropractic and nutritional coaching to name a few.
A pisces appreciates things to be neat and tidy, but loath doing the dirty work themselves.

1. They love to be inspired

Pisces have keen senses when it comes to the magical and mysterious. They will swim as deep as you will lead them. They can be highly impressionable and are always looking for a teacher who will inspire them to think beyond the norm. Forward, out of the box thinking is impressive to a Pisces and will earn you their admiration.
This post was republished from thespiritscience.net. You can find the original post here.