1. They have a strong sense of identity.
They know who they are, which means they also know – specifically – what they do and do not want in a partner, what works and what doesn’t. While this is fantastic in terms of being able to choose wisely, it ultimately diminishes their pool of prospects pretty significantly. 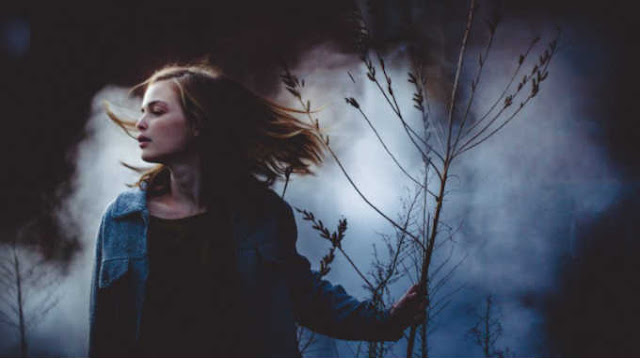 2. Left unchecked, their hyper-intuitiveness can wreck relationships.
Often prone to overthinking because of how deeply sensitive they are, their capacity to worry and make assumptions can break relationships that don’t have a perfectly strong foundation.
3. Many are in the throes of twin flame relationships.
They’re attached or are with people who are not their “forever” people, rather, intense connections they’re meant to learn, and rapidly expand, from.
4. They often have a greater purpose that must be attended to first – one that love would distract them from.
They usually have to accomplish quite a bit on their own before they find love – this is because old souls love deeply, and completely. To be given love too soon would keep them from the other important things they are here to do.
5. They will not settle for anything less than soulmate love.
They require a lot more than just a surface-level, “average” relationship. They absolutely will not settle, and sometimes, that means biting the bullet and being alone for longer than what’s “average” as well.
6. While many people can bring them passion, few can bring compatibility.
Because they feel so deeply and others find them so fascinating, it’s easy for them to find infatuation, but to be with someone who is truly their best friend, deepest confidant *and* lover is a challenge.
7. They’re less inclined to go out and meet people in modern ways.
Even if they have nothing against online dating, it doesn’t always come naturally for them, nor does finding a random hookup at a bar or being set up blindly seem appealing.
8. They’re natural healers, and often attract people who need help, not love.
And that attraction is reciprocated. There’s almost nothing that feels better to an old soul than being able to help someone who truly needs it. However, at some point in time, it’s crucial for them to realize that they have to choose a partner, not a student, or a charity case.
9. They dislike the “game.”
Dating is inherently exhausting to an older-spirited person. Feigning disinterest for the sake of looking “cool” or knowing which faux pas other people find off-putting (how long after the first date do you text again?) isn’t instinctive to them, and can stress them out more than they ever find it “fun.”
10. Their standards are sky-high.
They expect a lot from themselves, so likewise, they expect a lot from their partners. While this is a great thing, it’s another quality that has to be kept in check: it’s more important to be able to accept the qualities that aren’t deal-breakers than it is to just write a person off because they’re imperfect.
11. They have baggage.
People who developed their inner selves quickly did so for a reason: they had to cope, they had to grow, or they had to learn from some challenging experiences that life set up for them. While this is a great thing on its own, unresolved issues can often re-manifest in close relationships.
12. They feel fear as intensely as they feel love.
The degree to which they love something is proportionate to how much they fear losing it, or not being “good enough” for it. They don’t just love intensely, they feel everything else intensely, too, and sometimes, that gets in the way of the really good things in front of them.
This post was republished from thoughtcatalog.com. You can find the original post here.