Ancient Texts Reveal: Earth Was Ruled For 241.000 Years By 8 Kings Who Came From Heaven

Yesterday I watched “The Arrival” – the story and representation of the movie baffled me so much, that I had to make some digging throughout the internet.
Listed in 2 books on Google, the “Ancient Writings to Sacred Texts: The Old Testament and Apocrypha” and “The Book of Genesis“, say that 8 Immortal Kings ruled The Earth for 241,200 years, although that wasn’t enough of a proof for me, so I kept digging. 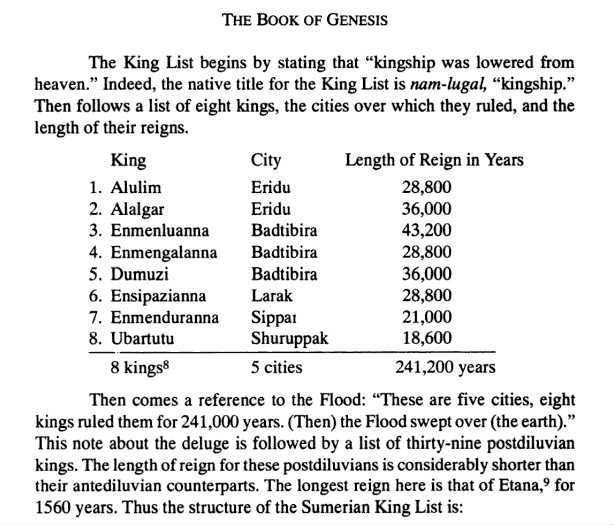 From the “Book of Genesis“

HERE’S WHAT I FOUND:

A dozen copies of a mysterious text referred to as the Sumerian King Lists – “an ancient stone tablet originally recorded in the Sumerian language, listing kings of Sumer (ancient southern Iraq) from Sumerian and neighboring dynasties, their supposed reign lengths, and the locations of the kingship” – have been uncovered over the years by archaeologists in regions as disparate as ancient Babylon, Susa, and Assyria.
They are all believed to be copies of a single original manuscript which is thought to have been written during the Third Dynasty of Ur by most historians, although some believe it might have been written even earlier.
The best-preserved example of this ancient text is called the Weld-Blundell Prism and is on public display in the Ashmolean Museum.
The Sumerian King Lists have shocked historians ever since they were uncovered by modern human beings.
The text describes a fascinating period in history when beings referred to as gods ruled over humankind of tens of thousands of years.
Each of these kings met their end during the Great Flood which devastated the population of the world. After the flood, the text claims that another ‘kingship was lowered from heaven’ and that these beings took up control of the people of Earth once again.

AN ANCIENT TEXT TELLS OF ALIEN RULERS OF ANCIENT EARTH: 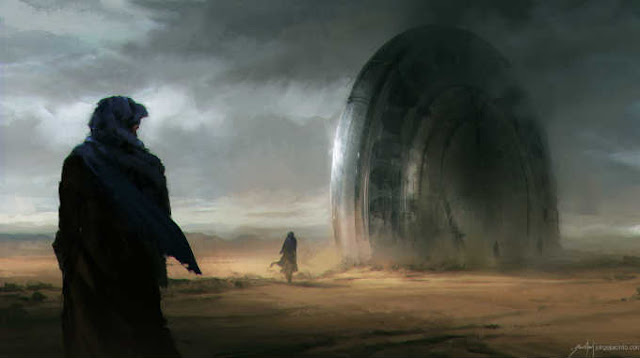