Are 9/11 Souls Being Reincarnated as Children? 4 Examples That Might Make You a Believer!

Recently there have been several news articles about children that seem to remember being present either as workers or first responders during the World Trade Center (WTC) collapse. Whether you believe inreincarnation or not, these are very compelling stories! 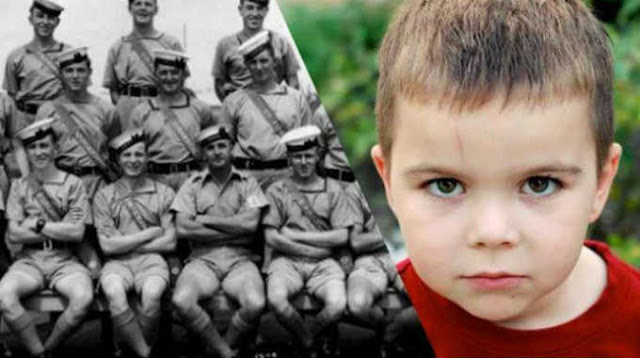 One 4 year old, who has been talking about the 9/11 attacks for about one year, had a surprising response to his parents’ question, asking him what he wanted to be when he grew up.

“I don’t just want to be a firefighter, I have always been and already am a firefighter! I used to get up in the morning, go to work and in the evenings I would come home and take off my fire proximity suit.”

Another 4 year old has claimed to have been a worked in the WTC. When he saw a photo of the WTC in National Geographic magazine, he pointed out the window where his office was located. In doing so, he said, “That’s where I worked, Mama,” and “Mom, I’m still buried there.” He also claims to have felt the building fall and provided other details about his experience that day.
One of the more detailed accounts is by Cade, a young boy who began experiencing chilling nightmares of 9/11 at the age of 3. Details he gave included the name of a 40 year old victim (Robert E. Pattison), a businessman who worked on the 110th floor and could see the Statue of Liberty from his office window.
He spoke at an early age about planes falling from the sky and also of them crashing into buildings. Although several of the many facts Cade provided did not check out, some information did, enough that his parents do believe that Cade was there in some way on that fateful day.
Recently, I interviewed a woman that shared with me her experiences with 8 year old son, who has been talking about what she believes is 9/11. In addition to nightmares of dying in a raging fire, he named a co-worker that he was trying courageously to save, but was blocked by the ceiling caving in.
Her son is certain he worked on the 54th floor of the WTC. Most of the information she shared with me was from his earlier years. Now that he is 8, she felt that he might soon begin to forget these memories as they are replaced by his own.

While these are all fascinating cases, the challenge has been proving that they are, in fact, tales of reincarnation.

Reincarnation After Death? December 30, 2016. 9/11 Reincarnation Stories.
The Post-Mortem Post. May 16, 2014. Victims of Terror.
The Post-Mortem Post. April 1, 2015. UPDATE: ‘Victims of Terror’, Past-Life Identity of Reincarnated Child Who Remembers Violent Death on 9/11.
Author: Dr. Carol Pollio is the Director of Intuitive Investigations®, a paranormal investigation and earthbound spirit rescue organization. After a successful career as a Chief Scientist in a federal land management agency and having honorably served 31 years in the military, Dr. Pollio is now focusing on the field of parapsychology, blending her knowledge of scientific principles with her intuitive abilities and psychic mediumship skills. She is also a certified Parapsychological Field Investigator with the Office of Paranormal Investigations and an Elemental Space Clearing® Practitioner.
Facebook: www.facebook.com/Intuitiveinvestigations
Web: www.intuitive-investigations.com
This post was republished from gostica.com. You can find the original post here.