When we think of people with great strength of character, who are able to come through difficult circumstances often seemingly unfazed, we don’t generally think of them as sensitive.
But strength is not forged in calm waters. It is created in fire. Some of the strongest people in the world, with the strongest characters, are actually extreme sensitives. 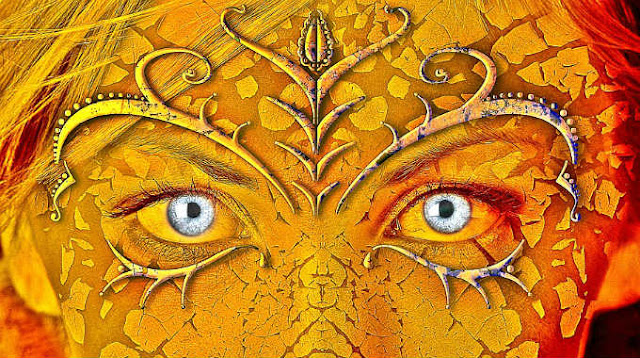 According to psychology, people who are extremely sensitive can develop an unshakeable character due to their constant struggle with feeling “too much”.
Most sensitives establish a firm tolerance, principles and discipline unlike anyone. They have to in order to manage their emotions and survive in the world.
Their strength of character is the only thing standing between them and their feelings. It prevents them from getting burned by the fires of their extreme emotional nature.

If you experience any of these 5 signs you are an extreme sensitive:

Strength and sensitivity are not things people usually put together when describing someone. Contrary to the popular belief, these 2 things render the strongest people in the world.
Below are 5 signs you just might be one of these rare people yourself. If you experience any of these signs, you are an Extreme Sensitive:

1. You find yourself overwhelmed at times.

The world is wild and sometimes scary place, life slows down for no one. Yet you feel everything! You feel what others feel, you feel for the world and the conflicts in it, you feel what animals feel, you feel for Nature… And sometimes, the weight of it all is extremely overwhelming, but you never give up.
You’re sensitive enough to feel those feelings deeply but strong enough not to be halted by them. You know better than anyone that what doesn’t kill you only makes you stronger.

Your sensitivity allows you to be attuned to the details and hard truths of reality, and whether it’s the behavior of a friend or some small injustice that may go unnoticed by others, you aren’t afraid to bring it to the forefront of attention.
You’re in touch with the feelings of others, as most sensitive people are, but you don’t sugarcoat or gloss over things that need to be addressed.

You’ve got a lot going on inside of you and you’re not interested in spending 5 dates talking about weather and local sports or favorite bands. Everything that’s not REAL is really tiring for you!
You don’t like to be alone, but you know what your company is worth and you won’t settle for less. You want something honest and real from your partner and you’re not afraid to wait it out a little longer in order to get that.

4. You have standards for yourself and others.

5. You are an excellent listener.

Your natural sensitivity gives you a unique talent for listening and being compassionate to the troubles of others, while your strength helps to make you a great shoulder to cry on in times of need. Your presence is kind and warm but also firm and reassuring.
You’re able to empathize and sit through the pain with a friend, but you’re also there to help them stand back up, to motivate them and push them forward. You are strong enough to embrace their emotions, charge them with strength, and give them back as an empowering boost. That’s why people should be REALLY thankful for having you as a friend!
Sources: Gostica; Daily Vibes
This post was republished from lifecoachcode.com. You can find the original post here.