A Zen master explains why “positive thinking” is terrible advice

Have you ever been told to just “think positive” and your problems will go away?
Or that to achieve your goals in life, all you have to do is visualize it with positive intent? 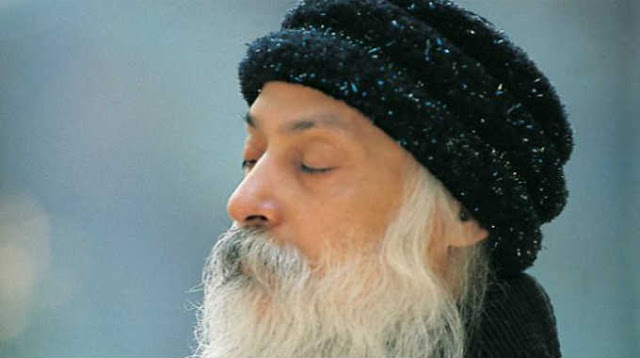 It’s a philosophy that’s been popular for decades thanks to books like How to win Friends and Influence People and Think and Grow Rich.
But is it really helping us live more meaningful and fulfilling lives? Not exactly.
In fact, according to spiritual guru, Osho, it might just be one of the biggest “bullshit philosophies” there is.

Why “positive thinking” won’t help you out

When asked what he thinks of the “positive thinking” movement, Osho believes that it’s doing more harm than good. Why? Because it means we’re denying reality and being dishonest to ourselves:

“The philosophy of positive thinking means being untruthful; it means being dishonest. It means seeing a certain thing and yet denying what you have seen; it means deceiving yourself and others.”

“Positive thinking is the only bullshit philosophy that America has contributed to human thought – nothing else. Dale Carnegie, Napoleon Hill, and the Christian priest, Vincent Peale – all these people have filled the whole American mind with this absolutely absurd idea of a positive philosophy.

And it appeals particularly to mediocre minds…

Dale Carnegie’s book, How to Win Friends and Influence People, has been sold in numbers just next to the Christian Bible. No other book has been able to reach that popularity.

The Christian Bible should not be a competitor in fact, because it is more or less given free, forced on people. But Dale Carnegie’s book people have been purchasing; it has not been given to you free. And it has created a certain kind of ideology which has given birth to many books of a similar kind. But to me it is nauseating.

… Dale Carnegie started this whole school of positive philosophy, positive thinking: Don’t see the negative part, don’t see the darker side. But by your not seeing it, do you think it disappears? You are just befooling yourself. You cannot change reality. The night will still be there; you can think that it is daytime for twenty-four hours, but by your thinking it, it is not going to be light twenty-four hours a day.

The negative is as much part of life as the positive. They balance each other.”

He also used this opportunity to throw shade at the enormously popular book Think and Grow Rich:

“About Napoleon Hill I remember… he himself was a poor man. That would have been enough proof to disprove his whole philosophy. He became rich by selling the book, Think and Grow Rich.

But it was not positive thinking that was making him rich – it was fools around the world who were purchasing the book, it was his work, his labor, his effort. But in the very beginning days, when his book came out, he used to stand in bookstores to persuade people to purchase the book.

And it happened that Henry Ford came in his latest model car and went into the bookshop to find something light to read. And Napoleon Hill did not want to miss this chance. He went forwards with his book and he said, “A great book has just been published – you will be happy with it. And it is not only a book, it is a sure method of success.”

Henry Ford looked at the man and said, “Are you the writer of the book?”

Napoleon Hill said proudly, “Yes, I am the writer of the book.” And he can be proud: that book he has written is a piece of art. And to create a piece of art out of crap is real mastery.

Henry Ford, without touching the book, just asked one question, “Have you come in your own car or on the bus?”

Napoleon Hill could not understand what he meant. He said, “Of course, I came on the bus.”

Henry Ford said, ”Look outside. That is my private car, and I am Henry Ford. You are befooling others; you don’t have even a private car and you write a book called Think and Grow Rich! And I have grown rich without thinking, so I don’t want to bother with it. You think and grow rich! – and when you grow rich then you come to me. That will be the proof. The book is not the proof.”

And it is said that Napoleon Hill never could gather up the courage to meet this old man, Henry Ford, again, even though he became a little richer. But compared to Henry Ford he was always a poor man and was bound to remain a poor man, always. But Henry Ford’s logic was clear.

No. I do not believe in any philosophy of positive thinking.”

The half-truth is dangerous

Osho says that forcing yourself to think positive all the time is simply denying the reality of our lives, and it will eventually come around and bite us:

I have to be against both because both choose only half the fact, and both try to ignore the other half.

And remember: a half-truth is far more dangerous than a whole lie, because the whole lie will be discovered by you sooner or later. How long can it remain undiscovered by you? A lie, of course, is a lie; it is just a palace made of playing cards – a little breeze and the whole palace disappears.

The negative ideas of your mind have to be released, not repressed

“The negative ideas of your mind have to be released, not repressed by positive ideas. You have to create a consciousness which is neither positive nor negative. That will be the pure consciousness.

You don’t like a person, you don’t like many things; you don’t like yourself, you don’t like the situation you are in. All this garbage goes on collecting in the unconscious, and on the surface a hypocrite is born, who says, “I love everybody, love is the key to blissfulness.” But you don’t see any bliss in that person’s life. He is holding the whole of hell within himself.

He can deceive others, and if he goes on deceiving long enough, he can deceive himself too. But it won’t be a change. It is simply wasting life – which is immensely valuable because you cannot get it back.

Positive thinking is simply the philosophy of hypocrisy – to give it the right name. When you are feeling like crying, it teaches you to sing. You can manage if you try, but those repressed tears will come out at some point, in some situation. There is a limitation to repression. And the song that you were singing was absolutely meaningless; you were not feeling it, it was not born out of your heart.”