NASA Has Just Detected A ‘Strange’ Man-Made Barrier That Surrounds And Protects Earth!

NASA space probes have detected a massive, human-made ‘barrier’ surrounding Earth, and tests have confirmed that it’s actually having an effect on space weather far beyond our planet’s atmosphere.
A certain type of communications, called Very Low Frequency (VLF) radio communications, are responsible for forming a giant protective bubble around the Earth that surprisingly keeps us safe.
“It was never the intention for VLF signals to go anywhere other than on Earth, but it turns out they’ve been leaking into the space surrounding our planet, and have lingered long enough to form a giant protective bubble” reports Science Alert.
That means we’re not just changing Earth so severely, but space too! Some scientists are calling for a whole new geological epoch to be named after us!
However, unlike the negative influence we have on the planet, the enormous bubble we produced in space is actually working in our favour. 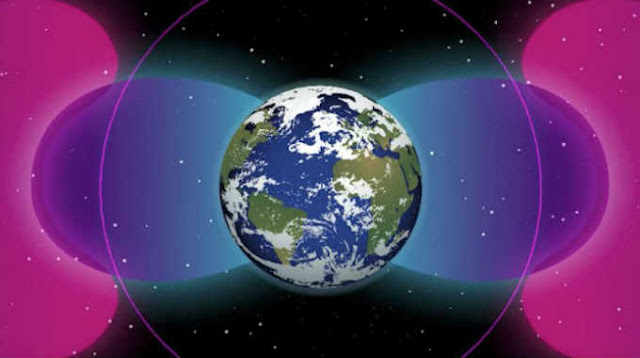 The protective VLF bubble is probably the best influence we humans have made on the space surrounding our planet. However, it’s certainly not the only one!
Over the past 50 years nuclear explosions had a large impact on space around Earth.
“These explosions created artificial radiation belts near Earth that resulted in major damages to several satellites,” the NASA team explains in their new report.
“Other anthropogenic impacts on the space environment include chemical release experiments, high-frequency wave heating of the ionosphere…”
Even though we are small in comparison with celestial objects, our influence is significantly big.
This is not something to brag about, but something to open our eyes to the responsibility of our impact.
The research has been published by Science Space Reviews
This post was republished from sciencealert.com. You can find the original post here.