What Did the Buddha Have to Say About “Belief”? The Answer May Surprise You..

Source:wisdompills.com
This is a more contemporary translation of the kalama-sutta

“Guru is one who knows God, and who shows the way to Him. There are many who contend that Siddhartha Gautama, the man otherwise known as the Buddha, was an atheist, and that his original teaching, at its core, did not include concepts such as karma and reincarnation. Others are of the school of thoug0ht that he was an agnostic, neither avowing or disavowing such ideas, and resting instead in the simple, transpersonal state of “not knowing”. And, while the Buddhist tradition itself is exceptionally diverse, known for it’s inability to conform to the clear-cut dogma of many of the other major religions, one thing it does have is the Kalama Sutta. Known as the Buddha’s “charter of free inquiry”, the Kalama Sutta is a set of instructions provided by Gautama for a mode of investigation “exempt from fanaticism, bigotry, dogmatism, and intolerance.” (Soma Thera) As with all great truths it can, and has been, interpreted in a number of different ways. Thus is life.

Read and decide for yourself. {WP} 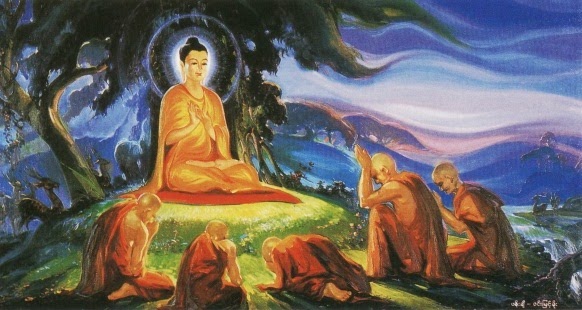 The people of Kalama asked the Buddha who to believe out of all the ascetics, sages, venerables, and holy ones who, like himself, passed through their town. They complained that they were confused by the many contradictions they discovered in what they heard. The Kalama Sutta is the Buddha’s reply.

. Do not believe anything on mere hearsay.

. Do not believe in traditions merely because they are old and have been handed down for many generations and in many places.

. Do not believe anything on account of rumors or because people talk a a great deal about it.

. Do not believe anything because you are shown the written testimony of some ancient sage.

. Do not believe in what you have fancied, thinking that, because it is extraordinary, it must have been inspired by a god or other wonderful being.

. Do not believe anything merely because presumption is in its favor, or because the custom of many years inclines you to take it as true.

. Do not believe anything merely on the authority of your teachers and priests.

. But, whatever, after thorough investigation and reflection, you find to agree with reason and experience, as conducive to the good and benefit of one and all and of the world at large, accept only that as true, and shape your life in accordance with it.


The same text, said the Buddha, must be applied to his own teachings..

- "Do not accept any doctrine from reverence, but first try it as gold is tried by fire"..