There’s Finally An Answer To Why Men Are Either Boob Guys Or Ass Guys..

Would you rather be famous or rich? Coke or Pepsi? The cookie part of the Oreo, or the icing?

With respect to certain matters of life, like the few I just mentioned, people will either fall into one of two distinct categories, ya know, “this” or “that.” Regarding women, and our own unique preferences, men will face these types of scenarios in bunches.

Thick or thin? Sporty or stylish? And mustn’t we forget the classic debate over blonde or brunette.

Personally – unless she looks like Kate Moss, fully equipped with a cigarette fixed between her lips – I’ll take a tan-skinned, dark-haired goddess any day of the week.

With that said, I have plenty of friends who live life with a “blonde way or the highway” mentality. 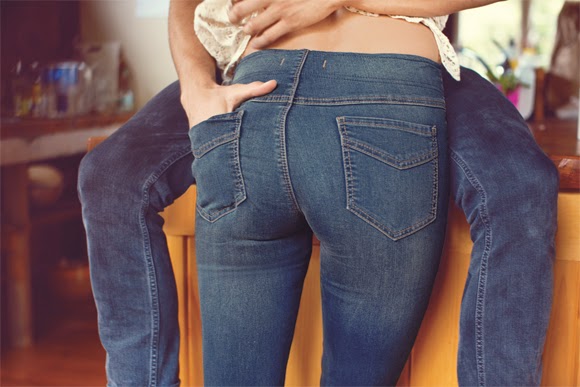 There’s no right or wrong, really, it’s a matter of preference. I will say, however, these preferences can sometimes reveal deeper aspects of your character.

For instance, if you’re into girls who are sporty – there’s a good chance you’re sporty yourself and enjoy spending time with people who share similar interests to you.

If you’re into a girl who drinks whiskey, as opposed to, I don’t know, white wine – maybe you choose to seek out strong, full bodied, women because you’re equally as passionate yourself. Or, maybe you’re just compensating – who knows.

Either way, our preference in women will always reflect upon ourselves, at the end of the day. So, what does the preference on every guy’s mind – but maybe left out of formal conversation ultimately say about us? Oh yeah, I’m talking about breasts or butts.

This controversy is far from a new one, in fact, I’m sure God nudged Adam and broached the subject – before creating Eve – just to see where he stood on the subject.

And, while everyone typically has an opinion or something to say regarding the matter, it’s more or less been unclear for what this opinion says about us.

It’s time for science to weigh in. Gene Expression, a blog specializing in all things genetics, explored the different physical preferences men will have about women’s bodies – along with their deeper meanings.

It is important to keep in mind, however, that the experiment conducted in this case was from the late 60s – so, I’m really not sure how applicable the data crunched in this study are to the present day.

Regardless, it’s something to keep in mind next time you’re scouting out your next girl.

All right, so – according to Wiggins et. al – if you live and die by a pair of big boobs, you also probably read a lot of sports magazines. Which, more or less, shocks nobody.

In the study at hand, a large breast preference was correlated highly with a need for exhibitionism.

In other words, dudes who call themselves “breast-men,” and favor women who are well endowed upstairs, are also usually the ones roaming around the room figuring out ways to become the center of attention.

Independence is key for the “breast-man,” which is ironic considering the object of their desire (almost always) comes in pairs of two.

Nevertheless, in social situations, these types of guys usually have no problem exchanging witty banter and holding their own, by themselves.

One interesting finding that Wiggins et. al pointed out relies upon the finer habits of “breast-men.”

According to their study, men who displayed breast-preference also contained a larger inclination to smoke – and also quit things – as general endurance was negatively correlated.

I suppose smoking is one of the few habits they’ll choose to endure. Shifting gears, dudes who share a high affinity for smaller breasts, but still favor breasts in general, tend to display a different set of values.

Wiggins et. al suggested a link between petite figures and wealth, as men from upper-class families generally share a taste in smaller physiques.

The authors of this post, at Gene Expression, noted how fashion could play a role in that preference –and I agree.

Small breasts, and small bodies in general, have always been flaunted by models in the high-fashion industry – so this could play a factor in their vision of beauty.

As stated in the study conducted by Wiggins et. al, “preference for the very large buttocks was characterized by a need for order (neatness, organization, orderliness).”

As you can tell, these types of men don’t seem to appreciate “half-assing” things. “Ass-men” also tended to work at business-related jobs, which coincides with their high value of structure in their lives.

The need for large buttocks was also highly related to an overall need for achievement, as well.

While Wiggins seemed to link the love of large asses with order, and neatness, Ali Eaves offers his side of the story.

According to Eric M. Garrison, a sex expert and author of Mastering Multiple Position Sex, “we’re not allowed to go there.

And when it comes to sex, there’s something animalistic and dirty about mounting from the rear.”

It’s also important to keep in mind your own environmental factors. For instance, where you grow up, personally, also has an effect on what your preference in women will be.

In line with Eaves, 59 percent of men from Argentina favor the ass – while, in Britain, nobody really gives a sh*t about them, no pun intended.

At the end of the day, the choice is in your hands – whichever part of the body you might have a handful of.