An early diagnosis is necessary to intervene and slow down the progression of neurodegenerative disease, such as Alzheimer’s disease (AD). Unfortunately, the disease typically isn’t spotted until symptoms have already appeared and amyloid plaques have begun to accumulate and cause damage to the brain. A new blood test claims to be able to accurately identify Alzheimer’s disease 10 years before the onset of symptoms.

The paper was published in The Journal of the Federation of American Societies for Experimental Biology. Lead author Dimitrios Kapogiannis from the National Institute on Aging in Baltimore presented the research this week at the 2014 meeting of the Society for Neuroscience in Washington, DC. 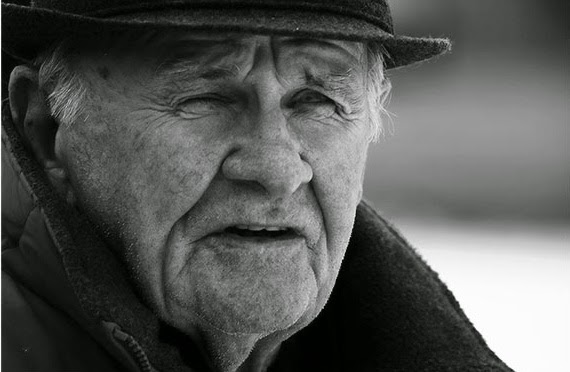 The blood test was performed on 174 patients with various degrees of neurological health: 84 of the participants were healthy adults, 20 were elderly adults with no dementia, and 70 had been diagnosed with AD. The researchers also had access to frozen blood samples from 20 of the AD patients that had been taken anywhere from 1-10 years prior to the diagnosis.

AD patients are believed to have decreased levels of the active form of protein insulin receptor substrate 1 (IRS-1), which is used to facilitate insulin signals to the brain. The blood test targets that protein, searching for signs of insulin resistance. Not only did they find that the individuals with AD have higher levels of inactive IRS-1 (as was expected based on prior research), but they were even able to detect that defective imbalance in the blood samples taken 10 years before the AD diagnosis. The test was 100% accurate in separating the controls from those with AD, and also identified over 97% of the patients with type 2 diabetes.

“This study shows that insulin resistance is a major central nervous system metabolic abnormality in AD that contributes to neural cell damage,” senior author Edward Goetzl of the National Institute on Aging said in a press release. “As insulin resistance is a known condition in type 2 diabetes mellitus and is treatable with several classes of existing drugs, these treatments may be useful as part of a multi-agent program for AD.”

There have been other AD tests announced this year that use different biomarkers to predict disease. Based on 10 proteins found in the blood, a team from Oxford predicted onset of AD within a year for over 1,100 participants, with 87% accuracy. A team from Georgetown University screened for 10 lipids in 525 participants, and was 90% accurate in predicting disease in three years.

This current test is still in its early stages, and larger studies will be needed to replicate and validate these findings. The researchers are confident that using IRS-1 as a biomarker will be able to stand up to that scrutiny and will allow for early intervention of AD in the future.

“We believe our assays will prove instrumental in identifying early-stage AD patients for entry in clinical trials and thereby help to enrich the study population. We invite pharmaceutical companies and university researchers to contact us about collaborating or partnering to generate additional data,” commented John Osth. Osth is President and CEO of NanoSomiX, a California-based biotech company that helped fund the research and hopes to make the test commercially viable in the future.