5 Things White Women do That Black Women Can’t Get Away With..

"This society was built on our backs but not built for us. Fair treatment is so far away at this point it is ridiculous."– Unknown..

"Should we create our own societies where we are giving fair treatment?" – Unknown..

"This article to make white people feel more aware of their supremacy or what? Black in America are so stupid for letting themselves play to those racist games." – Unknown..

"It is White men...who PAY these Black male rappers to demean Black women.
It is a divide-and-conquer strategy.
And by the way, there is no such thing as "races." – Unknown.. 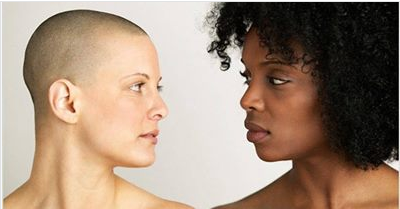 Black Women Are Not Permitted to Use Violence in Self-Defense..

Defenders of  ”Stand Your Ground” laws often cite a woman’s right to shoot her attacker or rapist as a rationale for broader gun regulations. This is especially the case since the fatal shootings of Black teenagers Trayvon Martin and Jordan Davis in Florida cast the “Stand Your Ground” laws under public scrutiny.

However, Marissa Alexander of Florida is facing a possible 60-year sentence for reportedly “standing her ground,” even though no one was hurt in the incident. Alexander says she fired a warning shot at her abusive husband, but according to a new analysis of FBI homicide data, her race may be a reason why she has not been granted equal protection under the law.

The analysis, prepared by the Urban Institute of Washington, D.C., was based on national data of homicide cases that were found “justifiable” on the grounds that deadly force was appropriate.

Back in the 1980s, legendary actress, beauty queen, and NFL Today’s first Black female presenter Jayne Kennedy, found herself embroiled in one of the first celebrity sex tape scandals. The reportedly stolen VHS of Kennedy and her then-husband Leon Isaac Kennedy nosedived the sports broadcaster’s career and she disappeared into obscurity.

Rapper Eve recruited the FBI after she found herself in the middle of a career-threatening scandal involving a sex tape with her then-boyfriend Steve J.  Eve says the leaker attempted to blackmail her for a large sum of cash.  She called the incident “hurtful,” said the controversy left her scarred, and noted “sex tapes weren’t ‘hot’ like that” a decade ago.

Love & Hip Hop Atlanta star Mimi Faust also released a “hardcore” sex tape with her boyfriend Nikko Smith. It remains to be seen if she will become an exception.

Dr. Carolyn West, Associate Professor of Psychology at the University of Washington, argues in her 2008 article, “Mammy, Jezebel, Sapphire, and their homegirls: Developing an ‘oppositional gaze’ toward the images of Black women,“ that the portrayal of Black women as promiscuous Jezebels throughout slavery and the Jim Crow era served as justification for the long-time sexual exploitation of them by white men.

West says the Jezebel caricatures depicting the stereotype of Black female hypersexuality can be seen on everyday items from that time period, including ashtrays, postcards, sheet music, fishing lures and drinking glasses, all depicting  naked or scantily dressed Black women, lacking modesty and sexual restraint. For example, a metal nutcracker (circa 1930s) depicts a topless Black woman. The nut is placed under her skirt, in her crotch, and crushed. “Items like this one reflected and shaped white attitudes toward Black female sexuality,” said West.

Today, the Jezebel archetype, now referred to as a hooch, freak, chickenhead, or ho, can be seen gyrating in rap videos and appearing as prostitutes or mistresses on television and film. These frequent and persistent mass-media portrayals of Black female sexual indiscretion reinforce negative stereotypes of all Black women, while the white female population is free from the sexual behavior of a few being projected onto the whole.

White Women Are at Liberty to Explore the Full Range Of Womanhood, While Black Women Are Criticized When Motherhood and Marriage Are Prioritized..

Stereotypes about Black women being promiscuous, procreating irresponsibly, and unfit for motherhood are perpetuated by a media that routinely presents disparaging images and narratives about Black mothers while rarely, if ever, presenting positive views.

That’s why the feminist response to first lady Michele Obama’s decision to be “mom-in-chief” is not surprising.  In a Politico article by Michelle Cottle, entitled ”Leaning Out: How Michelle Obama became a feminist nightmare,” she quoted several feminists who were disgruntled over Obama’s choice to focus on raising her daughters and issues such as child obesity and education, instead of more politically hot-button concerns,  such as abortion.

One columnist Leslie Morgan Steiner, author of Mommy Wars, asked “Are fashion and body-toning tips all we can expect from one of the most highly educated first ladies in history?”

Steiner continued:  “I for one have seen enough of her upper appendages and her designer clothes, and read enough bland dogma on home-grown vegetables and aerobic exercise, to last me several lifetimes.”
Super pop star Beyonce recently came under fire and essentially had her feminist card revoked, for using “Mrs. Carter”  - her husband Jay-Z’s surname – in the title of her world tour.

“There is almost something subversive about waiting until the strongest moment of your career, which is where Beyonce finds herself now, to do away with the infamous glossy mononym in favor of a second name your own husband doesn’t even use,” wrote Rosie Swash of the Guardian.

Black Women Are Not Expected to be Emotionally Vulnerable..

Black women’s resilience dates back to the dawn of humanity and it was called upon during the painful history of enslavement and racial oppression, where they were subjected to abuse, violation and exploitation. Black women learned to survive dehumanizing conditions by becoming skilled in the balancing act of appeasing her slave master by complying with his demands, while still making sacrifices to meet the needs of those who were dependent upon her.

Researchers have suggested that the cultural expectation of fortitude in African-American women fuels the myth of the “strong Black woman,” which compels her to push for unrealistic levels of self-sacrifice, self-denial and ensuing emotional distress. White women have not had to bear this cultural burden.


Dana Stringer argues in her EURweb article, “Hidden Dangers of Being A ‘Strong Black Woman,” that because Black women are not permitted to be transparent about their personal suffering, the internalizing of pain, disappointment and unmet needs have greatly contributed to the “anxiety, stress, fatigue, anger, uptightness, irritability, insomnia, overeating, addiction, shame, guilt and depression” that so many of them suffer. This poses on of the greatest threats to their health and overall quality of life.”