25 F*ckups You Should Make Before You Turn 25 (And Never Repeat After)..

There are certain things you just can’t get away with once you hit adulthood. For argument’s sake, we’re going to classify that age as 25.

Sure, you may not be off your parents’ insurance quite yet, but that doesn’t mean you aren’t a “real” adult.

Chances are you’ve bypassed your initial entry level job, you’re financially stable (aka you can pay your own rent) and you actually have things of value, like your very own furniture that didn’t come from IKEA. 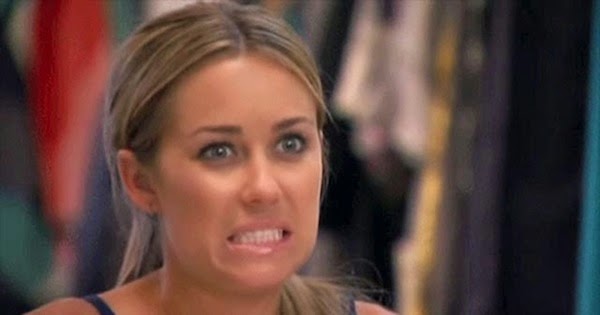 Yes, the standard of living drastically increases once you’ve hit this point in your life.

So, say goodbye to your nightly black-out sessions, which are inevitably followed by you slumping over the toilet for a solid hour.

These types of things just aren’t cute anymore — but, really, were they ever?

So, what can you only get away with before you hit the big 2-5? Something along the lines of these 25 things…

The first few months of work, it was cool to go out during the week.

You had no tests the next day, no parents worrying about when you were coming home since you’ve finally moved out of their house and certainly no fake ID business to deal with.

But after that first year of work, it’s no longer fun to party on the weekdays, in fact you absolutely dread it.

You know that one friend you still keep in contact with, but are basically indifferent toward?

Don’t bring this type of person into your adult life; in fact, the faster you cut this person out, the better off you will be.

03. Spend all of your savings on something outlandish..

Before you hit your adult years, it may seem fun to drop a ton of money on a designer purse or some sort of ridiculous technology.

Once you realize you actually have bills and rent to pay, spending ridiculous amounts of money is actually the opposite of fun.

04. Embarrass yourself in front of your family..

Maybe your parents had to bail you out of jail or maybe you got too drunk during Thanksgiving, but one thing is for certain: that sh*t doesn’t fly any longer.

I mean, someone in your family may want to make you the godparent of his or her child, but that definitely won’t happen if you pass out facedown in the gravy every year.

05. Waste time having a relationship you know isn’t going anywhere..

It’s all fun and games until one day you wake up and you’re single while all your friends are married.

PSA: You do not have time in your busy, hectic career to deal with legality issues. Trust me. This is something that happens in college or right after — that’s it, if that.

Rejection isn’t always bad; it teaches you the reality of human nature and prepares you better for future endeavors. This sometimes means you have to…

You are your number one priority at all times. This is something people either feel really strongly about or don’t care about at all (aka people pleasers).

If a relationship isn’t working for you, then nix it.

09. Get fired for something that was definitely your fault..

This should never be a goal in life, but if it’s going to happen, you better get that sh*t out of your system quickly.

Getting fired when you have a mortgage and children to worry about is not something that’s easily fixable.

10. Have your parents take care of you when you’re really drunk..

Maybe they thought this was funny(ish) when you came home for Thanksgiving break during senior year.

You know when they definitely don’t find this funny? Years after they helped you get on your feet.

It’s OK to get tricked into a crazy expensive gym membership when you don’t know any better, but by age 25, you better have your research down.

There are always deals going on and you have no one to blame but yourself for not looking into them.

12. Get kicked out of a bar after waiting on line for two hours..

If you get kicked out of a bar, don’t be that assh*le who makes the whole party leave too.

You f*cked up and you must pay the consequences, hopefully you learn from this and never ever do it again.

How many juice cleanses can a person do before swearing he or she will never try one again.

Get the irresponsibility out of your system now because explaining how you drunkenly lost your phone to your boss isn’t going to fly.

15. Get an extremely different and, ultimately, terrible haircut..

It only takes one sh*tty haircut to convince yourself you’re never straying from the norm again.

It’s normal to take a first or second job just for the salary, but as you get older, you realize it’s more important to be happy than it is to be rolling in the dough.

Is there any worse feeling than waking up severely hungover and unable to locate your credit or debit card? It’s like a scavenger hunt you create for yourself.

Fads are cool… wait actually, they aren’t. Isn’t that what a fad means anyway? A fleeting fashion trend?

By 25, you’ve identified with a style that is “you” and that is what you should stick with.

19. Stay in the most disgusting hostel you can find..

When you are young, you don’t realize what goes into a successful travel plan.

Do this now because, in a few years, there will be no way you will ever settle for this way of life ever again.

Sometimes wrong choices bring us to the right places… like jail. Now revert back to #1.

Emotional outbursts are frowned upon in the office, but if it’s a grand exit you’re looking to make, you better do it now.

22. Try everything once (except for heroin, of course)..

You’re as young as you’re ever going to be, so get this sh*t out of your system before your life is plagued with responsibilities.

23. Have an actual pregnancy scare..

You know what they call a pregnancy scare after 25? A harsh reality.

This may have been hilarious in college, but post-college this is scary, and unacceptable. This type of behavior definitely goes out of style by the time you hit 25.

Travel may be the only thing you spend money on that makes you richer, but that’s not really true if it drains your entire savings account.