Two Bills Introduced in Congress to Legalize and Legitimize Marijuana on a Federal Level..

Washington, D.C. – Two bills were introduced on Friday, February 20, in the U.S. House of Representatives, that would legalize and tax adult-use marijuana federally.

U.S. Rep. Jared Polis introduced H.R. 1013, the “Regulate Marijuana Like Alcohol Act.” The bill calls for states to be allowed to choose to legalize cannabis if they choose without having to worry about repercussions from the federal government.

The bill would also create a new regulatory structure by removing marijuana from the Schedule set by the Controlled Substance Act. Currently, cannabis is considered a Schedule 1 drug, which classifies it as having “no currently accepted medical use.”

The legislation calls for marijuana oversight to be transferred from the Drug Enforcement Agency (DEA) to the Bureau of Alcohol, Tobacco, Firearms and Explosives. Marijuana would be regulated similarly to alcohol by inserting it into the section of the U.S. Code that covers “intoxicating liquors.” 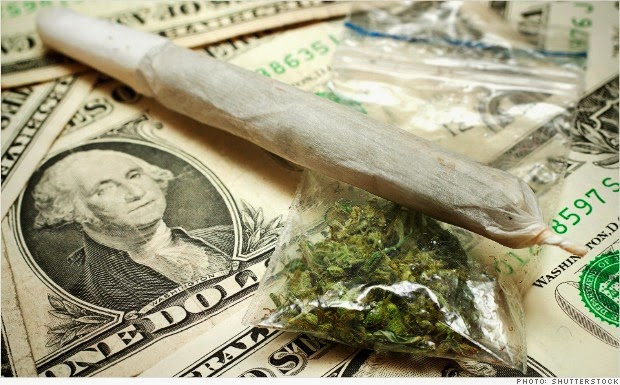 “Over the past year, Colorado has demonstrated that regulating marijuana like alcohol takes money away from criminals and cartels, grows our economy, and keeps marijuana out of the hands of children,” said Rep. Polis.

Polis added, “While President Obama and the Justice Department have allowed the will of voters in states like Colorado and 22 other jurisdictions to move forward, small business owners, medical marijuana patients, and others who follow state laws still live with the fear that a new administration – or this one—could reverse course and turn them into criminals. It is time for us to replace the failed prohibition with a regulatory system that works and let states and municipalities decide for themselves if they want, or don’t want, to have legal marijuana within their borders.”

A separate bill forwarded by Earl Blumenauer, H.R. 1014, the “Marijuana Tax Revenue Act of 2015” would create a tax on all non-medical sales. IT would allow the industry to move from the fringes of society into the mainstream, lowering crime by reducing the black market.

The legislation would establish civil and criminal penalties for those who fail to comply, like those in place for the tobacco industry. In addition, it would require the Internal Revenue Service (IRS) to conduct studies of the marijuana industry and issue recommendations to Congress.

“It’s time for the federal government to chart a new path forward for marijuana,” said Representative Blumenauer. “Together these bills create a federal framework to legalize, regulate and tax marijuana, much like we treat alcohol and tobacco. The federal prohibition of marijuana has been a failure, wasting tax dollars and ruining countless lives. As more states move to legalize marijuana as Oregon, Colorado, Washington and Alaska have done, it’s imperative the federal government become a full partner in building a workable and safe framework.”

The drug war has been a complete and abject failure, used as a means to grow the police state. This is a strong first step towards righting the wrongs of the past 30 years.

Almost 50% of the U.S. population have tried marijuana in their lives, and recent opinion polls show that a majority of Americans support legalizing cannabis for adults.

The time has come to stop wasting federal tax dollars on enforcing marijuana prohibition. Far too many innocent lives have been destroyed due to the “War on Drugs.”

This legislation brings an opportunity for America to begin to forge a new path forward. Let’s spread the word about this common sense legislation and create a more just reality. The time has indeed come for a more common sense approach to marijuana.

Contact your representative immediately and let them know you support H.R 1013 and H.R. 1014.