Girl-On-Top Is The Most Dangerous Sex Position For Men (Scientists Find)..

Sex with the woman on top is the riskiest type of intercourse for men to engage in according to a new study.

The study, originally published in Advances in Urology, found that nearly half of all penile injuries caused by sex occur when the woman assumed this position.

Researchers studied 42 victims of penile fractures in three hospitals in Campinas, Brazil, according to the Daily Mail.

Twenty-eight of these injuries were attributed to heterosexual intercourse. 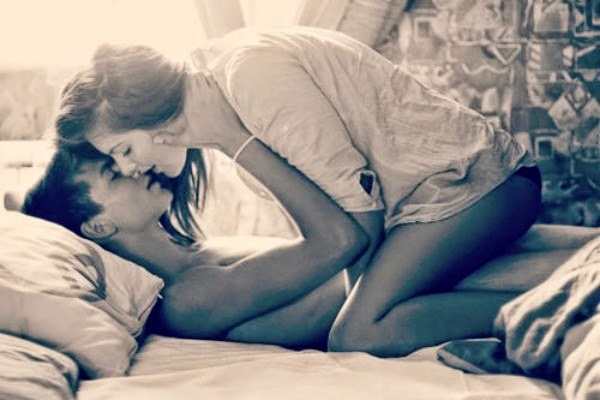 The first two positions were revealed to be the safest, with doggy style causing 29 percent of penile fractures and missionary just 21 percent.

Cowgirl, on the other hand, was discovered to be responsible for half of the injuries.

The researchers’ hypothesize that a man is most at risk for penile injuries in this position because the woman has more control over the movements.

Not only does the man have the woman’s entire body weight on his penis in this position, but he is also least capable of stopping the sex should he experience pain.

The other two positions put the man in control and thus allow him to stop the sex as soon as the injury is sustained, minimizing the damage that ensues.

Half of the study’s participants reported to have actually heard a cracking noise at the time of the injury.

These findings shouldn’t scare anybody out of sex, however, as researchers made sure to note that penile fractures are not common.

And while many of these individuals did endure great pain, only two went to develop erectile dysfunction.


Researchers named “fear and embarrassment” as some subsequent effects of penile fractures.