Although theoretical physicist and cosmologist Stephen Hawking is not a soothsayer, he has in the past predicted the future of humanity. Hawking has warned us on countless occasions about how humans are actively pursuing Artificial Intelligence (AI) without caution; concerned it will spell the end of humanity in the future. 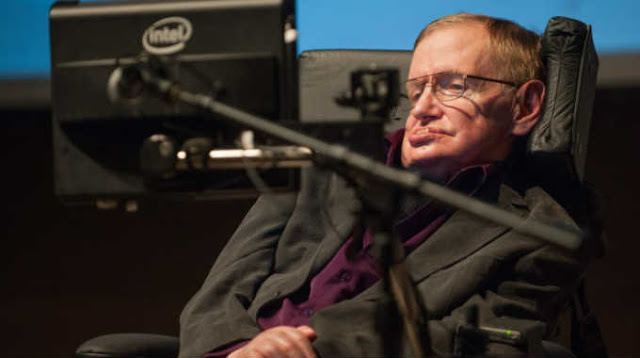 Mr Hawking believes the current AI race will eventually usher humans into a stage when machines will become more intelligent than humans.

This is when the total annihilation of humans would begin, Hawking claims. Of course, the AI community prefers not to hear such a prominent and respected science proponent say such things.
Hawking was heavily criticized within the AI community recently, facing accusations of being a pessimist, and should inculcate the spirit of positivism in the AI debate instead. 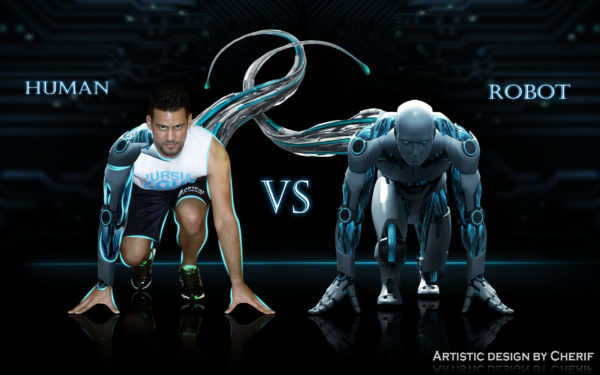 But despite the criticisms, Hawking is still expressing his views as an independent thinker in the arena of public discourse. Apart from the AI apocalypse, Hawking has summarized vices in humans that he thinks will destroy any progress made since the Stone Age period to current times.

In an interview with Larry King on the Larry King Now talk show last year, the distinguished physicist said although he has talked about AI in the past as a tool that could spell doom for humans, he believes strongly that such inventions are inspired by human vices.

Hawking stated that greediness and stupidity are the biggest threats to humanity. He said these two vices will eventually drive humans into extinction, and earlier than he previously expected. According to Hawking, humans are becoming increasingly stupid and greedy with each passing day. He noted that there has been a massive air pollution problem in the last six years, killing many around the world.  Hawking said the situation will continue to worsen, bringing along more deaths and strange diseases in the near future. 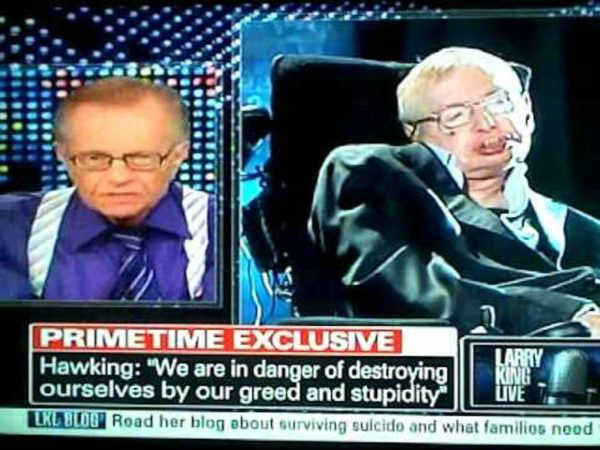 “We certainly have not become less greedy or less stupid. The population has grown by half a billion since our last meeting, with no end in sight. At this rate, it will be eleven billion by 2100. Air pollution has increased over the past five years. More than 80% of inhabitants of urban areas are exposed to unsafe levels of air pollution,” he said."

Hawking added that he is only reminding us of the things we are doing that will end up devouring us. Hawking’s warning is just like the hunter who finds a baby monster in the forest and brings it home. After nurturing the baby monster for it to grow into a giant beast, the monster eats the hunter one day. 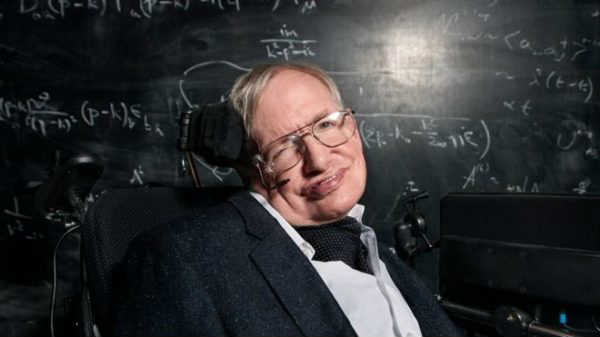 If you look at what is currently happening across the world, people are increasingly being exposed to automated things. Smartphones, robots working amid humans, and unmanned vehicles to name a few.

These machines are increasingly becoming more intelligent. On the other hand, humans seem to be losing their senses. Due to proliferation of smartphones and other integrated cell-phones; some are literally dying or injuring themselves, just for a common selfie. 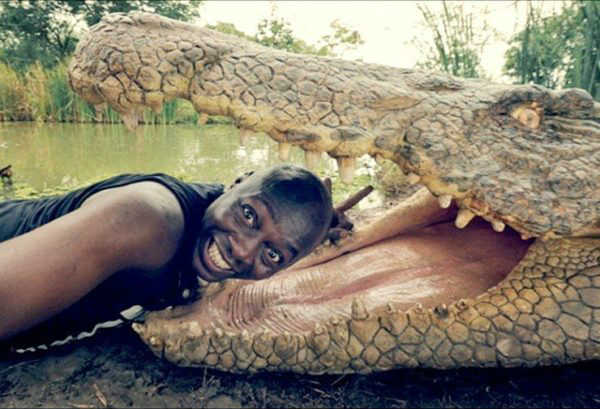 The United States Department of Transportation estimates that during 2014, in the so-called “year of the selfie,” 33,000 people were injured while driving and using a cell-phone in some fashion, which included talking, listening, and “manual button/control actuation” including taking, uploading, downloading, editing, or opening of selfies. Also, a 2015 survey by Erie Insurance Group found that 4% of all drivers admitted to taking selfies while driving.

Again, the Washington Post reported in January 2016 that about half of at least 27 selfie deaths in 2015 had occurred in India. No official data on the number of people who died taking selfies in India exists, but reports show from 2014 up to August 2016, there have been at least 54 deaths in India while taking selfies. 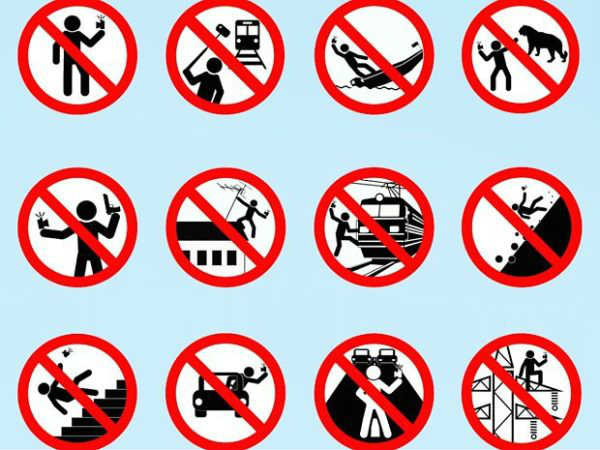 This has encouraged the Indian Tourism Ministry to ask states to identify and barricade ‘selfie danger’ areas. The goal of the sign is to try and stop or reduce selfie-related deaths in the country.