I Blamed my Anxiety on Being an Empath, but Here’s the Not so Pretty Truth.

I’ve been swept up in a black cloud of anxiety for these past few months. 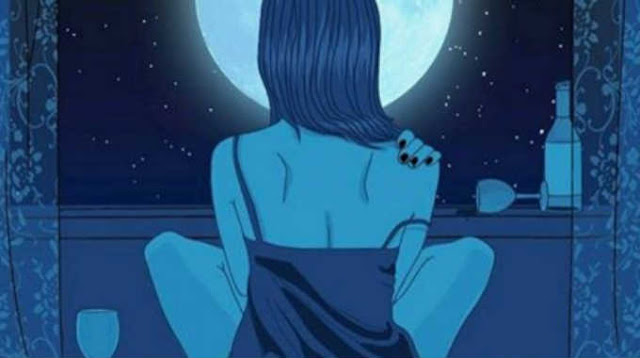 So, I’ve been sitting here—blaming my super-fun panic attacks and stormy edginess on the fact that I’m a spongy, empathic soul.
“I’m just absorbing so much energy from other people,” I kept telling myself.
“I’m just feeling the fear of the world,” I kept telling myself.
“I’m just feeling that woman’s, that stranger’s, that friend’s sadness,” I kept telling myself.
Today, I stopped believing that bullshit.
Yes, I do feel a lot from other people. I always have, and I always will—there is absolutely no arguing that.
But, I also know the difference between my own emotions and other people’s emotions.
And that’s the thing that’s really hard to face.
Because hell, it’s so much easier to look to the world and say heroically—“Oh, how it hurts to feel your fear, your anger, your panic, your rage.”
It’s so much easier to say that—rather than saying what’s really, painfully true:
“I’m scared.”
“I’m sad.”
“I’m angry.”
That doesn’t sound heroic or fancy or beautiful—it just sounds vulnerable. It sounds so disappointingly human. But in that, there’s so much power. There’s power because it’s honest. It’s raw. It’s real.
The world is dark and scary and strange and gritty—and so am I.
So are you.
We all are.
It can’t always be the world’s pain. Or a stranger’s sadness. Or a loved one’s depression and darkness.
Nope.
Often, the not-so-pretty truth is—those yucky emotions we’re feeling are ours. No one else’s.
But that’s okay. It’s beautiful.
Can we be done playing the role of the tortured empath?
I say this with love in my heart, because we deserve so much better.
We can be empowered sensitive souls. Kick-ass empaths.
But most of all— we can be human beings.
Yes, human beings!  Deliciously flawed, incredibly vulnerable, scared, struggling human beings. Human beings with cracks and breaks and bruises in their hearts. Human beings who are figuring it all out, day by day, moment by moment. Human beings who fail—fuck up, make mistakes, get confused and lost.
So, we’re sensitive, hell yes—and feelings roar through us like whipping, electric winds—but we’re not precious little creatures. We’re not fragile little wisps of lacy fabric.
We’re strong human beings, with juicy beating hearts.
And don’t think for a second that we’re destined to hide away from life in a safe little bubble, because it’s “too harsh” and we feel “too much.”
We are destined to handle it.
We are unbelievably strong—each one of us.
So from this moment forward, I refuse to blame my problems or anxiety or pain on being an empath and a sensitive soul. I refuse to look to the world and hopelessly lament, “Why do I have to feel so much?”
Because I don’t know about you, but most of the time when I say that, what I really mean is—I’m afraid to own the intensity of my emotions. I’m afraid to own my shit.
So today, I stop looking outside. I look inside instead.
I own my fear. I own my rage.
I own every dark and disgusting ounce of it.
I’m not ashamed anymore.
Because by facing our shit—by owning it—we can heal.
We can grow.
We can discover the exquisite power of being human.
Don’t always look outside—don’t be so certain that it’s empathy. Or sensitivity—or any other beautiful, flowering spiritual new-age concept.
Sometimes it’s simple.
What we’re feeling is our own shit—our rage, our fear, our insecurity.
And it’s not pretty—but it doesn’t always need to be pretty.
Hold the ugly, the darkness, the fear—hold those not-so-pretty parts of yourself with gentle hands.
Because once we face them, they aren’t so scary, are they?
They’re just puzzle pieces of our hearts.
Not good. Not bad.
Just pieces of us.
So own them.
Own your shit.
Own it with grace.
This post was republished from elephantjournal.com. You can find the original post here.