Got Social Anxiety? You Might Be An Empath – And a New Study Proves It 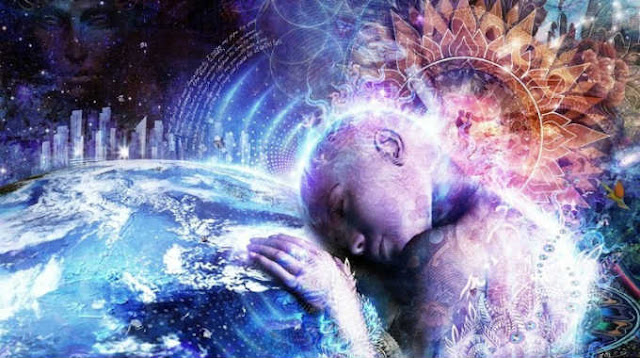 “Empath” is another term for being clairsentient. This means that you are specially attuned to – and sometimes can even feel – other people’s emotions. You’ve probably had some experience with this if you are an empath. Maybe someone being in a bad mood or sad around you just brings you down and ruins your whole day, even if they are being nice to you. Maybe you feel drained after going to areas where there are many people, even if you are only there for a short time. Maybe people tell you that you always seem to know just how they feel or have amazing insight into their problems, motives or intentions even though they’ve not really explained these things. Maybe you knew that guy was a bad guy, even though everyone else thought he was great. Maybe total strangers tell you their life stories or come to you with problems (I get this one all the time). These are all signs that you are an empath. This is not something you can learn; you either are or you aren’t an empath. It can be honed over time and controlled after a fashion, but the ability is either there to begin with or it isn’t.
Being empathic can cause specific problems, because as an empath you are “always open.” This is like walking around naked; you have no protection. Therefore it is no surprise that science would conclude exactly what we empaths have known for years: being so tuned in and sensitive to the feelings, motives and intentions of other people make you avoid them sometimes. This phenomenon is now known as “social anxiety.” The study concluded: “Results support the hypothesis that high socially anxious individuals may demonstrate a unique social-cognitive abilities profile with elevated cognitive empathy tendencies and high accuracy in affective mental state attributions.” In other words, people who avoid social situations are much more sensitive to other people’s emotions,  state of mind and the way other’s think than those who do not avoid social situations. So sensitive in fact that it causes physical sensations in the body which we commonly refer to as anxiety. (A similar study concluded that empathy is impaired in individuals with depression, which suggests that empaths may subconsciously retreat to depression as a way to “block” their empathic abilities so they can stop themselves from being so overwhelmed.)
Anxiety in this situation (meaning anxiety not caused by a physical problem like too much caffeine, etc.) can be understood as a “system overload.” The mind and body are simply overwhelmed with too much input and in extreme cases, the person sometimes will even begin to panic. This happens because the body, mind and spirit are essentially being bombarded and with no way to escape these things, panic ensues. The panic usually comes from the idea that the way the empath feels is bad or indicates something is wrong with them because they feel so at ill-at-ease “for no reason.” If the social anxiety is bad enough to lead to panic attacks – and in some people it is – it can lead to behaviors intended to stave off these panicky feelings, which in extreme situations can turn into Obsessive-Compulsive disorders and even refusing to leave the house at all (agoraphobia).
This study then is good news for empaths. It proves what we already suspected: there is a reason! If you are experiencing social anxiety (or any of it’s common outgrowth behaviors like OCD, panic attacks or agoraphobia) you may be just a very sensitive person with a very special gift, and instead of drugging, “fixing” or otherwise repressing that gift, you could learn how to control and live with it. Wouldn’t that be wonderful?
Meditation can do wonders for anxiety. So can learning how to “block” or protect yourself from too much input when you are out. Recharge your emotional batteries when you need to; this requires being alone and quiet. You don’t always have to be the life of the party but don’t keep your gift from the world. You have a very special gift. Don’t repress it. Learn how to love it.
This post was republished from thelittleshamanhealing.wordpress.com. You can find the original post here.