Do You See A Duck Or Bunny? This Optical Illusion Tells A Lot About You

What do you see? 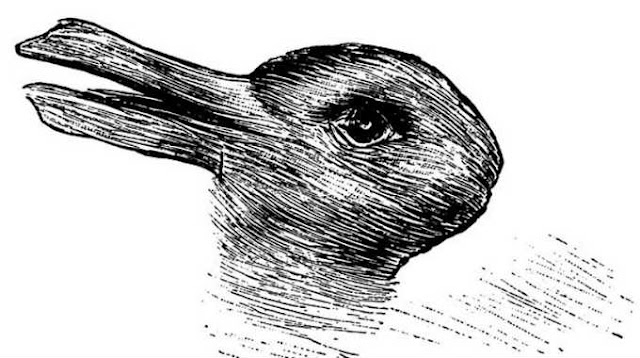 When you look at this drawing, what do you see? A duck? A bunny? Or both?
This optical illusion first appeared in a German magazine in 1892 with the title “Kaninchen und Ente,” which translates to Rabbit and Duck. The image has now resurfaced on the internet and people are going crazy over it again.
According to psychologist Dr. Joseph Jastrow, if you can see both images, it means you’re creative. He suggested that the faster you can mentally flip between the two images, the more creative you are.
And apparently, the time of year which you saw the picture can influence what you see as well. The Mirror reports, “children who saw the picture at Easter were more likely to see a rabbit but in October duck was a more frequent answer.”
This post was republished from mirror.co.uk. You can find the original post here.