By: Michelle Walling
Energy shift symptoms have changed since last year for many people.
As we undergo the beginning phase of a wave of energy like we have never felt before, the body has to adjust itself to be able to resonate with the frequency that Earth is receiving. 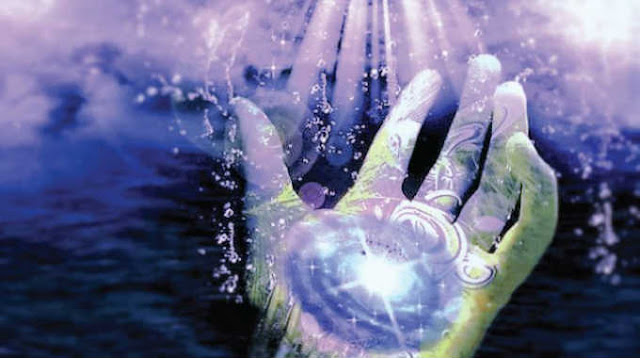 Those who have been on the awakening path for a while are experiencing new symptoms with this new wave of energy.
Basic energy shift (ascension) symptoms included things like: ringing in the ears, intense sweating, dizziness, forgetfulness, ascension flu, depression, and waves of nausea. It seems that most people who begin the shift into a higher frequency experience these same symptoms physically while their “team” helps them to begin to turn the dial up a little at a time in frequency.
Lately, many people are reporting a batch of similar advanced symptoms, meaning those that have already served their time with the basic symptoms they never thought would end are now experiencing a whole new phase.

Some Advanced Energy Shift Symptoms are:

Can you see how this ascension needed to evolve over what we know as linear time? When we agreed to this mission we knew that we wouldn’t be able to handle the energetic shifts all at once. It would have killed the physical body. If you’re like me, you have felt like you have died many times over in this lifetime already. It seems like it is taking forever, but as we look back at out own progress we can see just how far we have come.
Now that my basic energy shift symptoms have subsided after four solid years,  I’m not feeling the severity of the advanced symptoms. In other words, I chose to have four years of off and on adjustment vs. some people that get hit within a few months, every day. I have rarely ever had headaches in my life, but in the last month or two I have had very mild headaches. Some people are experiencing migraines.  These can be debilitating, and I suggest asking your guidance team to help adjust the severity so that you can at least function. Most of the time there is certain vitamin or mineral that your body is lacking that would help lessen the severity of this symptom.
I used to have horrible night sweats and hot flashes. These are not the menopause type, many men also experience this phase. Mine lasted for a few years off and on.  My body was detoxing through increased body temperature and sweating, and I had to have the temperature colder to feel more comfortable. Now, I actually feel cooler and rarely have one of these episodes.
I have had the extreme lethargy for a couple of months now, and can go up to two weeks with feeling like I have no motivation to do anything. It is very noticeable when this breaks, as all of the sudden I will have more ideas for articles than I can keep up with and more energy to do things.
The bowel explosions that some are experiencing start with severe abdominal cramps and then move to a big release in the bathroom. While this may be triggered by a certain food that you ate, it still is releasing stuck energy in more ways that one. Toxins accumulate in the bowel walls and these aren’t compatible in the new energies. Anger and negative emotions are also stored here. This area is also tied to the solar plexus which is really being affected at this time. So although you may chalk it up to something that you ate, somewhere subconsciously you were probably drawn to put that thing in your mouth so that you could move a lot of stuff out.

I have also experienced the ravenous eating. I’ve been craving certain foods and have been drawn towards grounding foods like organic potatoes. I have had to throw out the information I have learned about how starches turn directly to sugar in the body, which causes weight gain. I trust that my body knows what it needs in order to move through this phase. Organic eggs have also been a good source of protein for several months now, I don’t grow tired of them. I went through a period of having hash browned potatoes fried in avocado oil, scrambled eggs, and 1/2 of an avocado for breakfast for a couple of weeks. Some people would scream about the amount of fat in that meal, but overall, I have felt very satisfied by eating the weird combinations of foods that have popped into my mind lately.
If we really studied all of the various vitamins that the foods have that we are craving, we would realize why we get latched on to one thing and then move along to another obsession. It is important to break the programming about what diets are good for you  when your body directly tells you to eat this or that. I have experienced how I actually feel worse on a strict diet when moving through energy shift symptoms. I have noticed that if you give your body what it needs, the ascension symptoms can lessen over time. You still may experience some of them, but they could have been much worse.
All people will have different symptoms. You may or may not have these combinations of symptoms right now. If you do, then know that others are going through them too. If you aren’t experiencing symptoms of this caliber, don’t think that you aren’t on schedule! You may have even moved past the need for any of them. Or maybe you took such good care of your body that you aren’t going to need to experience many of these symptoms at all.
I have noticed that many people who grew up eating fast food like I did are having more trouble than others as the body detoxes from years of bad stuff. It’s important to know that everything is happening just the way it should2. If you aren’t treating your body with respect and listening to what it would like, free from judgment, then some of your symptoms might be a bit extreme as it yells out to you to listen.
In the end, it’s all about vibration. We are now in a month where the waves of energy are stronger than we ever have felt before. All of the symptoms that you have felt in the past have prepared you for this time. We have literally done something that has never been done before in an ascension as we move through physical, emotional, spiritual, and mental detox all at the same time while staying in the body. Our consciousness level is increasing and our DNA is rearranging itself thanks to the source field waves we are receiving. When you look at what is happening right under our noses, energy shift symptoms seem to be well worth the discomfort.
Are you feeling advanced energy shift symptoms? Share your experience in the comments section below.
This post was republished from in5d.com. You can find the original post here.