4 Powers That May Be Hiding Behind Anxiety Disorders

Anxiety has been widely regarded as a very negative condition that tends to ruin people’s everyday simple pleasures and renders them incapable of facing new challenges. In short, anxiety is commonly associated with being a purely negative thing. 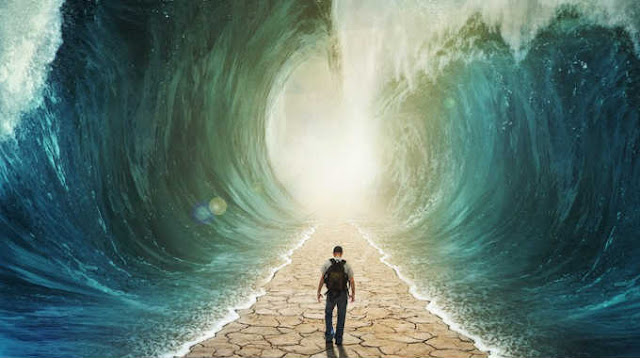 But what if this ‘curse’ comes with certain gifts that others don’t possess?
Scientists have been exploring the effects of anxiety for decades and they have found that besides the commonly shunned-upon negative effects, anxiety indeed does come with a set of powers too.
Anxiety comes with, among other things, a sense of heightened perception. It’s indeed this kind of perception that makes anxiety what it is, but in this ability of perceiving things lie 4 powers that other people don’t often possess.
Anxiety has been traced back to a much older period of human evolution than you may think. It has its evolutionary roots and it served as a means to protect our ancestors from dangers that would lead to premature death (just like fear).
This survival mechanism used to help people stay alert and be able to detect dangers before they would happen. However, today anxiety has remained and is seen as a response to non-existent dangers. Yet, what if this response is still relevant and useful in certain vital cases?
French scientists have discovered that people with anxiety possess a unique life-saving sixth sense. They have found that some regions in these people’s brains possess the ability to detect threats in just 200 milliseconds!
This rapid detection ability allows people with anxiety to react appropriately in cases of social threats in the environment and thus possesses the potential to save one’s life!
What if anxiety comes hand to hand with a higher IQ? Well researchers at SUNY Downstate Medical Centre in New York confirm that it does. In the study, people with a General Anxiety Disorder were tested for IQ and the researchers found that anxiety correlates positively with intelligence.
It’s no wonder really, knowing that people with anxiety constantly over-analyze their environment. This means that their brains process information constantly, and for such thing one does need a higher IQ.
People with anxiety are constantly obsessed with how other people feel. What if this ‘obsession’ is not so much of an obsession, but rather a heightened empathic ability?
Psychologists at the Department of Psychology, University of Haifa, Haifa, Israel say that it’s true.
According to the research, high socially anxious people “exhibited elevated empathy tendencies.” They discovered that these people not only possess an increased sense of empathy, but that that they could tell of people’s emotions with a high level of accuracy.
Perhaps this is why people with social anxiety prefer avoiding other people. Empathy can be a curse as much as it’s a gift if left uncontrolled.
But whatever the reason for their avoiding people, know that a socially anxious person can read your emotions like no other person.
While this one has not been scientifically tested or measured like the previous ones, the likeliness of this ability is very high and plausible. People with social anxiety aren’t always affected by it when around people.
In fact, certain people can trigger this anxiety, while others don’t. Thus, it’s highly appropriate to assume that people with social anxiety are able to sense the vibrations from people and feel very uncomfortable by those who emit low-frequency vibes.
So, while there are many things people with anxiety need to cope with, one thing is for certain: anxiety comes with a set of gifts that others don’t usually possess.
Perhaps anxiety is not so much a disorder, but rather a different state of mind that people are not used to?
What are your thoughts on this?
This post was republished from curiousmindmagazine.com. You can find the original post here.