Understanding an Aquarius in love starts with one recognizing that it only refers to Aquarius that have the planet Venus.
Having Venus in Aquarius makes a person quite special. They take on an unconventional, almost rebellious persona that chooses to express love openly and flirtatiously. 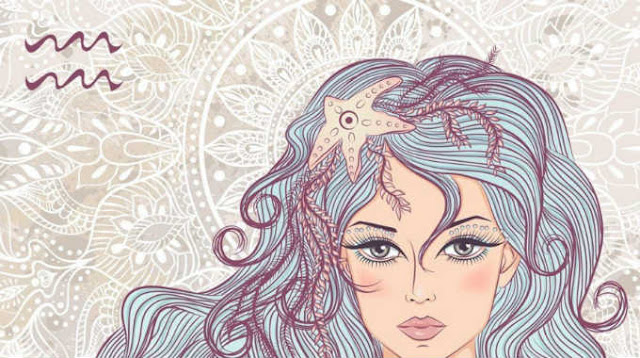 Their Love Isn't A Secret
It is always fairly easy to recognize when an Aquarius loves a person because they're not too interested in keeping it secret. These people are naturally attractive, and will have you thinking lustful things fast if you're not ready for it.
But, sexual desire is just one facet of the Aquarius in love. They're also interested in getting to know who you are on a multitude of different levels. They like piecing together the different parts of you until they've got the full picture.
They're Rebellious
The rebellious side of Aquarius in love crops up in their choice of partner. They tend to choose partners who give off the extreme, shock-value type of vibe, as this is more important to them than having freedom in a relationship.
They like things that rock the boat and cause a stir because they value the potential of progression.
If there were any a soul to challenge the definition of love, it would be Venus in Aquarius. Their unique ideas and willingness to experiment (and lustful one-night stands) would be at the forefront of the exploration of love.
They'll Sacrifice Anything For Love
These people are martyrs in that they'd sacrifice their own reputation for the sake of showing the world that love can exist in ways outside of the normal, accepted routines.
The downside to this is that an experimental and explorative demeanor often leaves them feeling somewhat impersonal towards their partners, who see you as apathetic.
Women with Venus in Aquarius like to be unique, often wearing their hair in uncommon ways or dressing alternatively. Unconventionality is what they aim for.
Men with Venus in Aquarius have an inclination toward strange and eccentric partners. They like the 'oddballs' of the world.
This post was republished from higherperspectives.com. You can find the original post here.