Researchers Make a SHOCKING Claim That Humans Did NOT Evolve On Earth!

This year, other scientists have argued that life originated on Mars, due to a mineral found in Martian meteorites, thought to be crucial to the genesis of life.

BUT, a new book by American ecologist Dr. Ellis Silver offers arguments, based on human physiology, that humans as species may not have evolved alongside other life on Earth – but arrived from elsewhere, brought here by aliens as recently as a few tens of thousands of years ago. 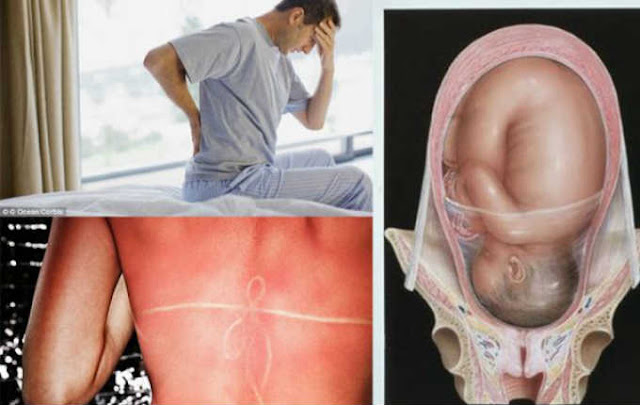 This is a BIG claim, however, the facts that Silver puts on the table will make you say “how did I not realized this sooner!!”

Silver, an environmentalist  who is currently working with the effort to clean plastic debris from the Pacific, says his book aims to provoke debate – and is based on scientific work on the difference between humans and other animals.

“The Earth approximately meets our needs as a species, but perhaps not as strongly as whoever brought us here initially thought,” Silver said in an interview with Yahoo news.

“Mankind is supposedly the most highly developed species on the planet, yet is surprisingly unsuited and ill-equipped for Earth’s environment: harmed by sunlight, a strong dislike for naturally occurring foods, ridiculously high rates of chronic disease, and more,”

Dr. Ellis says that humans might suffer from bad backs because they evolved on a world with lower gravity.

He also says that it is strange that babies’ heads are so large and make it difficult for women to give birth, which can result in fatalities of the mother and infant.

“No other truly native species on this planet has this problem,” he says. Silver also points out to the “extra” 223 genes in human beings, which are not found in any other species, and to the lack of a fossil “missing link”.

“Lizards can sunbathe for as long as they like – and many of them do. We can just about get away with it for a week or two. But day after day in the sun? Forget it. You might as well just lie down on the freeway and wait for a bus to hit you.” We are dazzled by the sun, which is also odd, says Silver – most animals are not.

“We are all chronically ill,” says Silver.

“Indeed, if you can find a single person who is 100% fit and healthy and not suffering from some (perhaps hidden or unstated) condition or disorder (there’s an extensive list in the book) I would be extremely surprised – I have not been able to find anyone.” Silver continues.

It’s like we desperately try to hide the fact that we do not fully belong in this Nature we try to fit in.

We say that we evolved but, if we truly evolved here, shouldn’t we be more in connection with Nature instead of being less and less, to a point that we even harm life around us?

Something just does not seem right.

“I believe that many of our problems stem from the simple fact that our internal body clocks have evolved to expect a 25 hour day (this has been proven by sleep researchers), but the Earth’s day is only 24 hours. This is not a modern condition – the same factors can be traced all the way back through mankind’s history on Earth.”

There is another key element we usually tend to ignore.

Many people say that they don’t feel like they belong on Earth, nor feel at home here, says Dr. Ellis Silver.

And this fact is not something to see as irrelevant, especially not if the majority of the human population feels like this.

“This suggests (to me at least) that mankind may have evolved on a different planet, and we may have been brought here as a highly developed species.” says Silver

What if we migrated here from Mars? And this, believe it or not, is not as farfetched as it seems. Scientists recently discovered that Mars had a strong Magnetic field before it became a wasteland.

Mars is the only planet in our Solar System that has a day of 25 hours, it is further away from The Sun than Earth, it has weaker gravity and it was discovered that Mars had large amounts of water in the past.

What if there was some kind of destruction of global proportions and we had to migrate to save our species?

This would also prove the stories of Humanity being more evolved in the past, but because of an unknown incident we “fell” from “heaven” on earth, and went through a phase of forgetting.

“My thesis proposes that mankind did not evolve from that particular strain of life, but evolved elsewhere and was transported to Earth (as fully evolved Homo sapiens) between 60,000 and 200,000 years ago,” says Dr. Ellis Silver.
This post was republished from yahoo.com & dailymail.co.uk. You can find the original post here & here.