The oldest woman alive, Emma Morano, turned 117. She displays her Guinness World Records certificate proudly on her chest of drawers.

Emma is Italian, drinks brandy and was born November 29, 1899 — meaning that, as The Independent points out, she’s the only person alive who we know of who has witnessed three centuries. 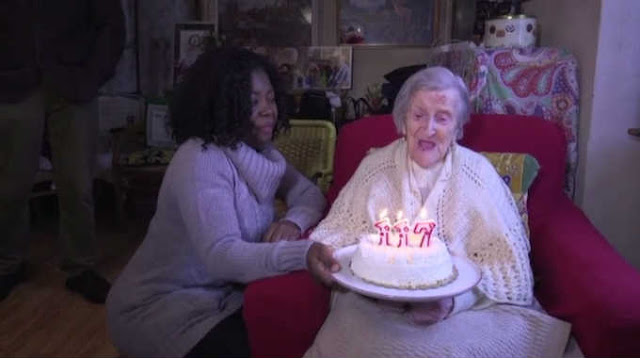 The secret to her longevity?

Being single, and going to bed early.

In 1938, she left an abusive and violent husband and has been single ever since. He’s dead by the way. Because, you know, everyone her age is. She said,

I didn’t want to be dominated by anyone.

I’ll follow that up with a photograph of her chomping down on a handful of cake with her gums. She is my role model. 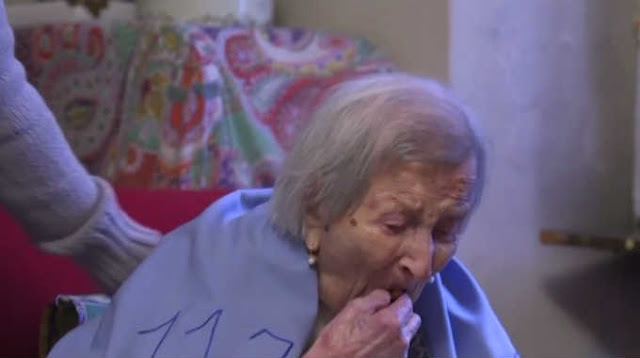 Her doctor admits he’s shocked by how long she’s lived, as she hasn’t really taken any special precautions at all. 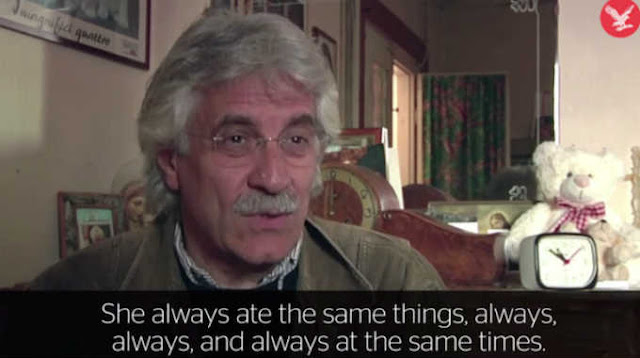 “I don’t eat much because I have no teeth,” she explains, matter of factly. Someone GoFundMe this lady a pair of dentures. She’s earned them.

We’re all thinking that Emma is eternal.

Here is Emma with her squad. 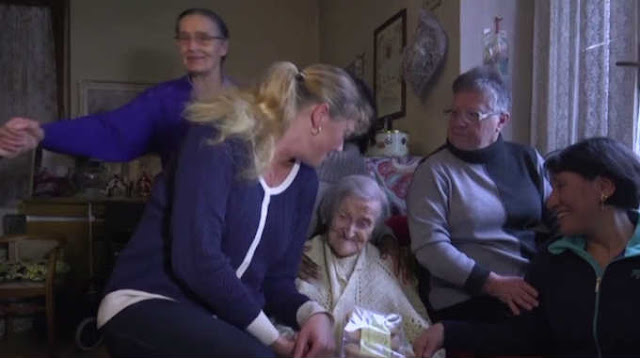 And here she is as a baby, two turns of a century ago. 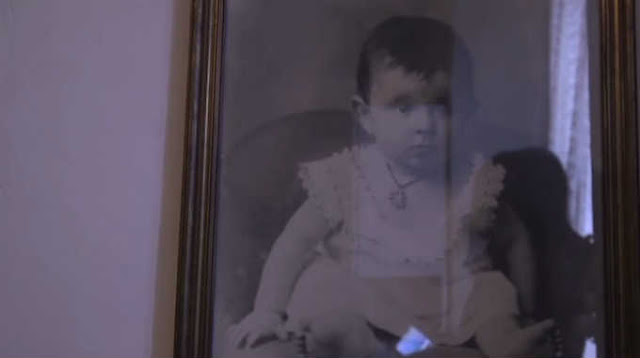 When she was officially deemed the oldest person alive, she supposedly said,

Emma hasn’t left the house in 20 years, and refuses to eat meat because she thinks it’ll give her cancer.

Usually, I’d be skeptical of something like that (as well as eating raw eggs all the time), but, once again, let me remind you she’s 117 years old.

So, I’m just going to defer to her expertise on this one.