6 Reasons Why Intelligent People Fail to Be Happy

Have you noticed that some of the most intelligent and deep thinking individuals out there fail to be happy?

They may have a loving life partner, family and be successful in their job; yet, there is something that occasionally makes them feel alone, sad and discouraged. As Ernest Hemingway said, “happiness in intelligent people is the rarest thing I know.”

Here are six possible reasons why happiness in highly intelligent people is such a rare phenomenon: 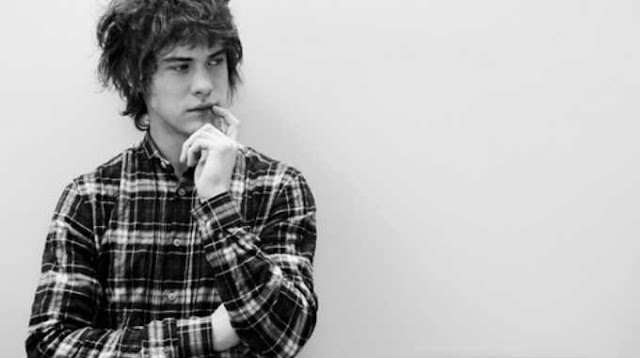 Many people with a high IQ tend to be overthinkers who constantly analyze everything happening in their life and beyond. This can be draining at times, especially when your thinking processes take you to undesirable, frustrating conclusions.

Have you heard the saying, ‘Ignorance is bliss’? It surely is – the less you understand, the more carefree and, therefore, happy you are. Being able to read people’s true selves and hidden motives is enough to make you feel disappointed with the whole world sometimes. Not even mentioning the feelings that come along with the reflection on philosophical matters, global issues and life’s timeless dilemmas that have no solutions.

Smart people know what they want and don’t settle for less than that, no matter what area of life we are talking about. This means that it’s more difficult for them to be satisfied with their achievements, relationships and literally everything that has a place in their life.

Moreover, many people with brilliant theoretical minds happen to have poor practical intelligence and somehow idealistic views of the world. So when their expectations face the raw reality of life and other people, it inevitably leads to disappointment.

03. Intelligent people are too hard on themselves

Another reason why smart people fail to be happy is that they tend to be too strict with themselves. And here, I’m not talking only about one’s achievements and failures. Intelligent, deep thinking individuals often analyze themselves and their own behavior in such a rigorous manner like if they are intentionally seeking out things to blame themselves for.

Sometimes, you just lie there in your bed trying to fall asleep and suddenly recall a situation (which probably happened years or, at least, months ago) when you didn’t act the way you should have. This is enough to mess with your sleep and spoil your mood. Intelligent people often experience such kind of flashbacks into their past mistakes. All this cultivates guilt, discontent and other negative emotions that can poison one’s happiness.

04. Reality is not enough

People with high IQs never cease to seek something bigger – a pattern, a meaning, a purpose. The deepest and the dreamiest of them don’t stop there – their restless mind and imagination don’t let them just relax and enjoy “the good things in life.” I guess the reality with its trivialities is just too boring for them. Such people crave for something fantastic, idealistic, eternal… and, of course, never find it in the real world.

Have you ever felt like you don’t belong here and should have lived in a different era or maybe on another planet? Deep thinking, highly intelligent people constantly feel this way. How can you be happy when you feel like a stranger to the world you live in?

05. Lack of deep communication and understanding

Being truly understood by someone is one of the greatest experiences a human being can have. How comforting it is to sit with a like-minded person somewhere quiet and have a meaningful conversation, realizing that this person understands your ideas and shares your views of the world… Sadly, intelligent people rarely have this pleasure. Many of them feel alone and misunderstood, like if no one is able to see and appreciate the depth of their minds.

It’s now scientifically confirmed that in order to be happy, individuals with high IQs need less socialization than those with average levels of intelligence. However, it doesn’t mean that smart people don’t crave for human interaction and a good conversation. They simply prefer to talk about fascinating and meaningful things rather than discuss food, weather and one’s plans for the weekend. No need to say that nowadays, it’s particularly difficult to find a person to have a deep conversation with. Thank today’s consumerist and materialist society for that.

06. Many people with a high IQ suffer from psychological problems

There have been many studies that link psychiatric disorders, such as social anxiety and bipolar, with high IQs. Could it be that these conditions are a kind of a side effect of a creative genius and a brilliant mind? Who knows, science is yet to unravel the mysteries of the human mind.

At the same time, the intelligent people who don’t suffer from any mental disorders are still prone to so-called existential depression, which often is a result of excessive thinking. If you are thinking all the time and analyze everything in depth, at some point, you start reflecting on life, death and the meaning of existence. Sometimes, it’s enough to make you want to re-evaluate your own life and, as a result, get sad for no obvious reason.
This post was republished from learning-mind.com. You can find the original post here.