Cesia Abigail, 20-something owner of Abi’s Café in Minneapolis, Minnesota, came face-to-face with a homeless man in March 2016. Having wandered into the café, the homeless man asked her for money.

But Cesia wasn’t about to give him money for free. She asked him why he didn’t have a job. Marcus, the homeless man, explained that his history of felonies made it next to impossible to find employment. No one would hire him. Just to survive, he was forced to steal. 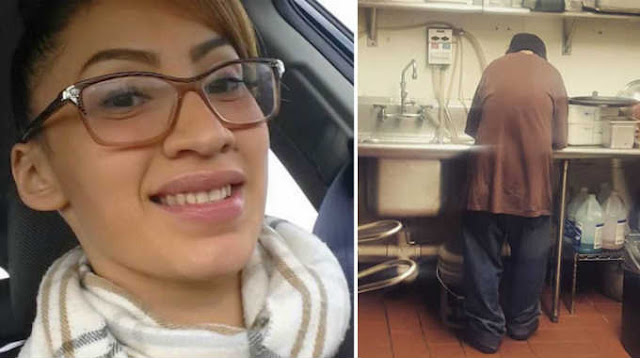 Cesia could have easily turned Marcus away, but she didn’t. Instead, she did something most would never consider…

She offered him a job.

Even if she had wanted to, Cesia couldn’t have offered him money. She was tired, overworked, underpaid, and on the verge of losing her restaurant. But she did need some help.

His eyes opened wide and his smile made my day!!!! He said, ‘I’ll do anything for some food.’

So now for almost 2 weeks, he’s been on time for his two-hour shift…helping take trash, washing dishes, etc.

Once I pay him, guess what he does? He buys food from my restaurant (HE DECIDES TO PAY) because it makes him feel good!”

This amazing act of kindness changed Marcus. He began cultivating a new kind of pride and self-worth. One day, he cut his sandwich in half and shared it with a homeless woman.

Cesia reminds us on Facebook, “Do something nice for someone today and don’t judge them just because they are out there asking for money, for we don’t know their situation…some deserve another shot. God gave me this blessing, so why can’t I bless others?”

When is the last time you reached out to someone less fortunate?