Scientists Say It Only Takes 66 Days To Change Your Life, If You’re Strong Enough

There's no denying that we are, indeed, creatures of habit.

Our minds and bodies are dependent on stimulants, actions and patterns that come to define who we are. Our habits are our security blankets, enveloping us in their consistent presence and comfort of familiarity.

We do them unconsciously, sticking fingers and cigarettes in our mouths and cracking our knuckles only to find that we can't remember when this habit began. 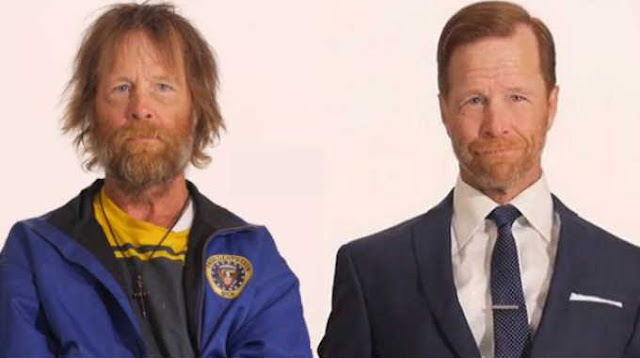 According to Charles Duhigg, author of “The Power ofHabit,” habits are not born, but created. Every bad, good or insignificant habit starts with a psychological pattern called a “habit loop.”

Duhigg reported to NPR, the “habit loop” is a three-part process. The first step is the trigger that tells your brain to let a certain behavior unfold. The second step is the behavior itself, or the routine it creates.

The third step is the reward, or “something that your brain likes that helps it remember the ‘habit loop’ in the future.”

Once we've formed habits, they are hard to break because, many times, we forget we're doing them. Because of the habit loop, we are able to do other things without thinking about our habit.

We will be working on something else while simultaneously biting our nails, not realizing the moment we put them in our mouths.

We become slaves to our habits. They become inhibitors and some have the power to control our lives.

Though some substances we use have addictive qualities that make the habits almost impossible to break, there are ways to replace those bad habits with good ones… and all it takes is 66 days.

In a study released in the European Journal of SocialPsychology, Phillippa Lally and her team of researchers surveyed 96 people over a 12-week period to find exactly how long it takes to start a new habit.

If a habit does not include addictive additives or stimulants, which make the withdrawal and brain processes different, who’s to say it won't take you 66 days to cut out all those nasty habits that have been overtaking your life?

If you take the habit out of your life, the same way you put one into your life, you will find yourself free of the unconscious and, many times, detrimental patterns that habits cause. You could replace those old bad ones with new good ones.

Whatever your motives, this research should be the catalyst you need to kick those bad habits and start picking up some good ones.

Because there is no better time to turn over a new leaf (or habit) than in the fall.

Shout about it. Tell your friends, family and coworkers you are on a mission. Enlist them as officers to patrol when you're slipping back into your old ways or not keeping up on your new ones. Tell them you want them to yell at you, bother you and constantly remind you.

Add extra pressure on yourself. The pressure of disappointing other people and going back on your word will make it that much harder to go back to your old ways.

Because sometimes it’s easier to disappoint ourselves than it is other people.

Take a good look at your life. This is the time to really dig deep and do some soul-searching. What do you want in life? Why are you doing this? How do you want to represent yourself?

Whether you're quitting a bad habit or picking up a healthier one, get to the core of why you're doing this and how it's going to affect your life.

If you can find that reason buried deep in your unconscious, you will be able to carry out these 66 days much easier. You will have an internal force pushing you.

The third stage is the final push. As far as you've come, you still have to make it these last 22 days. It's easy to burn out, get tired and forget why you are doing this. It’s easy to revert to your old ways because, up to this point, you have yet to rid yourself of the habit.

At this stage, you must find something to hold on to. Something that will that push you to that final goal. It’s the last 22 days that prove how strong and willing you really are.

At this point, it’s about seeing the light at the end of the tunnel. It’s about realizing that though you can’t see the other end, you can still see glimpses of it.

The only way to solidify the end of an old habit or the birth of a new one is to celebrate it. Throw a party, have some champagne, shout it from your Brooklyn rooftop. Make a day of it or call up your friends and have a swanky dinner party.

If it’s a habit people have been hoping you would break they will be more than willing to celebrate with you. Who knows, you can even make it a yearly tradition.