If you’re a religious person, for the love of God, don’t tell someone with cancer that if they’d just drink juice (or take vitamins, or pray or have a “positive attitude”) that they could cure themselves.

And if you’re not a religious person, for the love of reason and decency, don’t tell someone with cancer any of these things, either.

It was my late sister Sharron’s birthday last week, and it’s Easter this week – my second time spending two holidays without her that we often celebrated together each spring. If Sharron was feeling good, I’d have a tepid sense of hope for her as her beloved peonies came into bloom. She lived with a rare type of sarcoma tissue cancer for 15 years, and we never knew if each season of renewal would be her last. 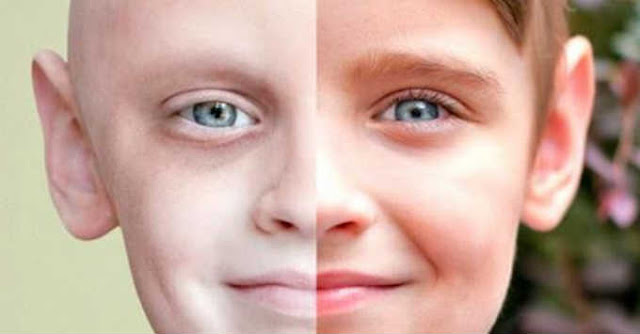 Since she’s been gone, I’ve been able to understand that my sister wasn’t alone in a particular burden she bore. I’ve been hearing from friends with cancer and other serious illnesses that they are overwhelmed when concerned people lob suggestions at them for homeopathic remedies they “should” be doing.

Over the years, it was painful for me to see people tell my sister (and me) that she could just cure herself if she really wanted to. Didn’t she know that if she just drank lemon juice every day she could wipe out her cancer cells? That if she’d just watch that Netflix documentary The Gerson Miracle she’d be OK? That if she were only willing to take vitamins, or eat raw food, or do yoga or look on the bright side of things, her illness would go away?

Let’s put aside for a moment that none of these claims have been validated by peer-reviewed science – and that none of them are true. Juice is no more a magical answer to illness than the Gersonmethod’s demand for people who are sick to eat raw calf liver or shove coffeegrounds into their rectums. Let’s also put aside that a variety of modern medical procedures (including chemotherapy, radiation, radiofrequency ablation, cryoablation and surgery) plus inexplicable luck helped keep my sister alive for many years more than expected – and that she died despite having well-developed senses of spirituality, nutrition, humor and tenacity.

Let’s instead confront the three reasons I think it’s an act of violence every time someone suggests a simplistic, unproven and fantastic cure for another’s cancer.

First, it’s condescending. If lemon juice really cured cancer, don’t you think we’d all be dancing around citrus trees? That lemonade would be traded on Wall Street and hedge funds would be peddling lemon-flavored credit default swaps? More importantly, when someone has had cancer for months or years – maybe living through hours of doctor appointments, days in hospitals and months in bed – don’t you think they’ve had time to consider every possible option with the seriousness their own mortality deserves?

My sister was a PhD and a licensed psychologist, and she fought hard as a black woman to establish her place in the medical profession. Why would people look at her and think, Well, in all these years of facing death, as a doctor consulting other doctors, she is probably so lacking in intellectual curiosity – or she is such a stooge of Big Pharma – that I bet she hasn’t considered this advice I read in a magazine!

Second, it could be argued that people giving advice are just trying to “do something” and kindly offer help. But I reject this: if you want to do something to help someone in distress, as George Carlin famously riffed, unplug their clogged toilet or paint the garage. Don’t tell a sick or injured person what they should do, because it’s a sneaky and harmful way of dealing with your own fear of death. You’re saying, tsk tsk – I wouldn’t let this happen to me the way you’ve let it happen to you.

Finally, giving advice to people with cancer blames the sick person for your discomfort with their reality and shifts any accountability you feel back on to them. As the authors Barbara Ehrenreich and Sarah Schulman have shown, we have ethical responsibilities to the vulnerable in our communities – and we find excuses to avoid them. Having cancer or caring for someone with it understandably causes fear, anxiety and depression. Expecting someone to have a Positive Attitude™ when they are facing mortality, or telling them they’ve missed a simplistic way they could have avoided their fate, further isolates and shuns them.

As anthropologist S Lochlain Jain wrote in Malignant: How Cancer Becomes Us, “the huge and punishing self-help industry preys on fear and adds guilt to the mix. As one woman with metastatic colon cancer said on a retreat I attended, ‘Maybe I haven’t laughed enough.’” Talking at someone with cancer about what they should do, rather than being with them in a morass with no easy answers, is not you helping them. It is you unfairly shaming them for having failed at self-help, which isn’t even a thing.

Trust yourself to love them in the condition they’re in, instead of ignorantly and egotistically giving useless advice that won’t ultimately change their prognosis. One of the last and most frightening lessons I learned with my sister in her final days was the importance of being with another when there is nothing to say or do. It is terrifying, to just be with a loved one and to admit you’re powerless to stop their death.

But it can be the most powerful, quiet and loving gift you can give each other.