How To Distinguish Fake, Plastic Rice From Real

China remains the world's largest producer of rice. The Middle Kingdom harvests over 200 million tons per year and a large share of it gets exported all over the world. But cooks and diners alike should take care: not only are untold amounts of pesticides used in Chinese agriculture, but according to a report in The Korea Times rice is also now being manufactured artificially. 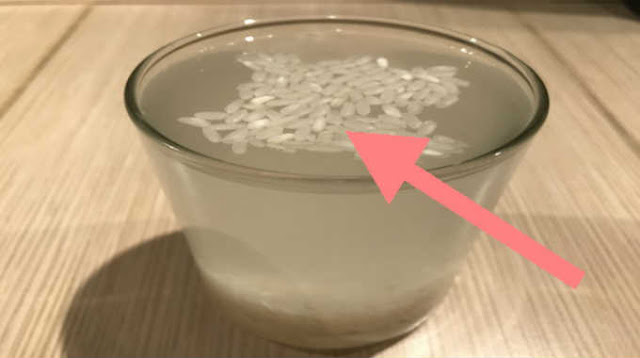 Potato starch gets mixed with plastic (synthetic resin, for instance) and then formed into rice-shaped kernels. Finally the grains are steamed with a typical rice aroma. Doctors have emphatically warned against consuming the artificial product: three full portions apparently contain as much plastic as there is in a little plastic bag. That's alarming!

With these simple tricks you can test whether your rice is wholesome and plastic-free:

Pour a tablespoon of uncooked rice into a glass with cold water. If the rice all sinks to the bottom of the glass, it's fine. If the grains float up to the surface, be careful!

Try setting a little bit of your rice on fire with a match or lighter. If it starts burning right away and smells like burning plastic, then you know what to do! (Do not eat it!)

The Mortar And Pestle Test

When you crush a few grains of rice with a mortar and pestle they should be reduced to a fine, white, starchy powder.

But with artificial rice, you will see a light yellow discoloration instead.

If you want to know for sure whether your cooked rice is quite safe, put a small quantity of cooked rice into an airtight container and leave it in a warm place.

Within a couple of days it will have gotten moldy. Only fake rice stays mold-free.

This is how to be on the safe side. Show these tricks to your rice-eating friends and that way no one will have to eat plastic for dinner!