Karma: Why Do Good Things Happen To Bad People And Good People Suffer?

On this question, there might be a fine explanation how things actually work.

How the world works is a lot more complicated than that. I generally don’t quote Game of Thrones, but, I think this one from season three, episode ten would do well here.

Tyrion Lannister: She doesn’t deserve this.
Cersei Lannister: Deserve? Be careful with that. Start trying to work out who deserves what, and before long you’ll spend the rest of your days weeping for each and every person in the world.

You see, everybody in this world thinks that he/she deserves all the good things that happen to them and doesn’t deserve any of the bad ones. Everyone thinks that all his actions are harmless, all his lies are white, and his deeds will not have any negative consequences on anyone else’s life or livelihood. I will give you a few examples. First, I will present a short story, followed by it’s explanation.

Every day Tom goes to work by his car. He reaches work every day right on time. He does his job sincerely, he gets out. Tom is a good guy. One fine day, Tom gets stuck in a traffic jam and misses a meeting which could give him a promotion opportunity. Morose, depressed and angry, he returns home, throws away his keys, buries his face in his hands and says, “I am a good person, I never harmed anyone, why did this happen to me? I don’t deserve this.”

But, what exactly happened here?

Tom, and the rest of us, blatantly disregard the fact that everyday he drives to office, he is greeted by a traffic free road. That allows him to reach his work on time. That in turn makes him “employee of the month”, which is the reason, the meeting was held that day to consider his possibility of a promotion. In essence, if Tom were to get stuck in a jam every other day, he would not be blaming luck, or Karma for the consequences of missing that meeting.

There are no variables in this equation. Both the sides are already balanced. What matters, is, perspective. To be able to see the glass half full and half empty at the same time. Karma has no role to play here.

Michelle is a faithful housewife. She takes care of the kids, she takes care of the family, and she quit her job to marry John. After 20 years of marriage life, Michelle finds out that her husband is cheating on her. She tells her friends, who sympathize with her, pat her on the back and say, “Don’t worry. He doesn’t deserve you. You should divorce him and make him pay.”

Meanwhile, in another part of the city, Robert smiles. He had asked Michelle out in the 9th grade. Not only did she refuse, but she made a total fool out of him in front of the whole school. “Serves you right. Karma really does exist”, says Robert, with a grin of content and satisfaction.

So, you see, to Michelle’s friends and relatives, it’s John who is in the wrong and they plan to make him pay for his mistakes. They are praying hard for Karma to work its magic. However, for Robert here, Karma has done its part.

Now, this equation is a bit different. In order to balance Robert’s side, Karma had to mess up a bit of Michelle’s side. John is just the benefactor in the process. Karma’s agent, if you may. Karma couldn’t just make a meteor fall on Michelle. If someone has to suffer, someone else has to make them suffer. John may most likely never be punished for his act, but he served Karma to act on behalf of Robert, and maybe the girl’s husband with whom John was sleeping.

Mr. Purple is the leader of crime organization. He recently expanded his business to include human trafficking and drugs. He is our staple bad guy. Nevertheless, he has a happy family. A loving wife, two kids, and a dog.

Every day he lives, people ask themselves, “Why doesn’t Karma punish him? Why doesn’t he get shot?”. They never think twice about the fact that he is an excellent father to his children. He will do anything for his family. He is essentially the real life Walter White. Now, we all liked him, didn’t we?

One fine day, Mr. Purple is shot dead in a police encounter. His assets are frozen, and his house is confiscated. People are happy. But, at the end of the night, his daughter sheds a tear, and looks up to ask, “What did I do to lose my father at such a young age? What did I do to turn up on the street?”

So, you see, someone else has to suffer for Karma to do its duty. You cannot balance every equation in life. Sometimes, we leave out factors. An equation has other variables. It’s not always linear and independent. To balance some, Karma had to permanently mess up all the factors in the equation.

All I mean to say is, maybe Karma exists, maybe it doesn’t, but whatever be our action-reaction pair, we need to be fully unbiased when judging the force of every action and reaction. It’s like they say, gravity and Karma, both are heartless bit*hes, but, then again, after you reach a certain height or depth, both fail to act as desired. 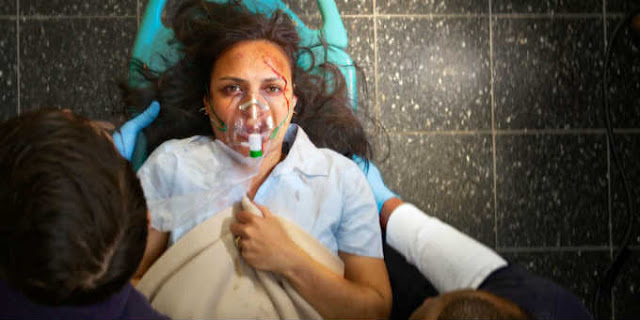