This Man Reacted Perfectly To A Little Girl With Autism Calling Him “Daddy” During A Flight..

Last year, she boarded a plane with her mother Shanell Mouland. They were on their way home from Disneyland.

Her mother decided to position her in the middle seat to stop her from opening and closing the window shutter. Mouland feared Kate’s behavior would upset other passengers.

As the plane filled, most people chose sit away from Kate. That is, with the exception of one guy. He was dressed in a business suit and bore a suitcase.

As soon as Kate saw him sit next to her, she started calling her “Daddy.” Her mother expected the stranger to ignore the little girl. But he did something awesome instead. 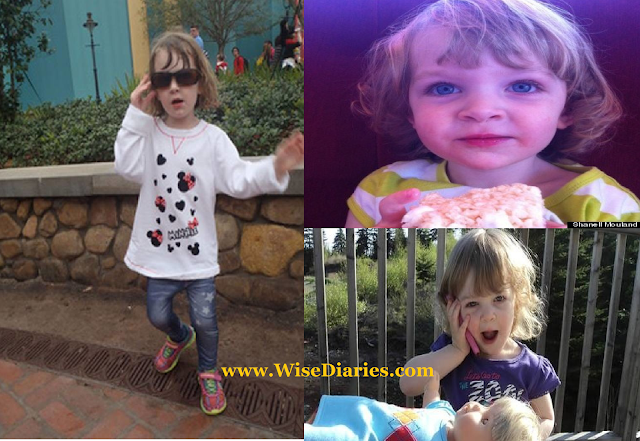 Throughout the flight, the man looked after Kate. He answered her questions about turtles and let her see his iPad. Because of him, Kate had her most successful flight yet.

This prompted Mouland to write at “thank you” letter to the stranger. It became viral and soon they were able to find out who the kind stranger was. The letter goes:

I don’t know your name but Kate called you ‘daddy’ for the entire flight last week and you kindly never corrected her. In fact, you didn’t even flinch as you could probably tell that she was not confusing you with her own ‘daddy’ but instead making a judgment regarding your level of ‘safety’ for her. If she calls you ‘daddy’ then you better believe she thinks you are alright.

I sat Kate in the middle seat knowing full well that there would be a stranger sitting next to her for the duration of this flight. I had to make a quick decision and based on her obsession with opening and closing the window shade I figured she might be less of a distraction if she sat in the middle. I watched the entire Temple basketball team board the plane and wondered if one of these giants might sit by Kate. They all moved toward the back. She would have liked that, she would have made some observations that I would have had to deal with but she would have liked those players. I watched many Grandmotherly women board and hoped for one to take the seat but they walked on by. For a fleeting moment I thought we might have a free seat beside us and then you walked up and sat down with your briefcase and your important documents and I had a vision of Kate pouring her water all over your multi-million dollar contracts, or house deeds, or whatever it was you held. The moment you sat down, Kate started to rub your arm. Your jacket was soft and she liked the feel of it. You smiled at her and she said: “Hi, Daddy, that’s my mom.” Then she had you.

You could have shifted uncomfortably in your seat. You could have ignored her. You could have given me that ‘smile’ that I despise because it means; ‘manage your child please.’ You did none of that. You engaged Kate in conversation and you asked her questions about her turtles. She could never really answer your questions but she was so enamored by you that she keep eye contact and joint attention on the items you were asking her about. I watched and smiled. I made a few polite offers to distract her, but you would have none of it.

Kate: (Upon noticing you had an iPad) Is dis Daddy’s puduter?

You: This is my iPad. Would you like to see it?

Me: Look with your eyes, Kate. That is not yours.

You: (Upon noticing that Kate had an iPad) I like your computer, too. It has a nice purple case.

Kate: Daddy wanna be a bad guy? (She offered shredder to you and that, my friend, is high praise)

The interaction went on and on and you never once seemed annoyed. She gave you some moments of peace while she played with her Anna and Elsa dolls. Kind of her to save you from playing barbies, but I bet you wouldn’t have minded a bit. I bet you have little girls, too.

Not long before we landed Kate had reached her limit. She screamed to have her seatbelt off, she screamed for me to open the plane door and she cried repeating, “Plane is cwosed (closed)” over and over. You tried to redirect her attention to her toys. She was already too far gone at this point, but the fact that you tried to help your new little friend made me emotional.

In case, you are wondering. She was fine the moment we stepped off the plane. Thank you for letting us go ahead of you. She was feeling overwhelmed and escaping the plane and a big, long hug was all she needed.

So, thank you. Thank you for not making me repeat those awful apologetic sentences that I so often say in public. Thank you for entertaining Kate so much that she had her most successful plane ride, yet. And, thank you for putting your papers away and playing turtles with our girl.”

The letter quickly went viral and reached “Daddy at 16c” the following day. It’s been a year now since the flight and they came to know the guy. His name is Eric Kunkel from New Jersey, he’s married, and is a parent himself. He has since became good friends with the Moulands.

Thanks to a kind stranger, a little girl had one awesome flight to remember. 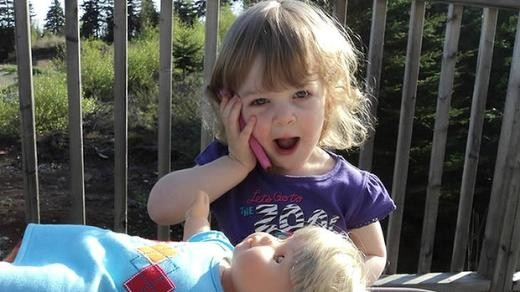 
We’re blessed to have people like “Daddy at 16c.”