A DAY WITHOUT BARRIERS - SURPRISE FOR A HEARING IMPAIRED YOUNG MAN!

Muharrem, a hearing impaired young gentleman, starts a day without barrier. A planned surprise from a month’s time. Starting from his doorstep, along his way he meets people replying to him in his language. He seems amazed and much happier to meet similar people on his way. His sister who accompanies him, make no expression of hints. Every one of the crew who joined hands to surprise him gathers at the end. His spilling over eyes of happiness concludes that he was felt important and cared by everyone.

We, a species with advanced communicative abilities, inherits developed senses and extremities to express each other. People like Muharrem are born not with less abilities but to encourage the understanding and mutual attachments between societies. They are the earth’s bless of viewing in progress, to inspire in seeing the unseen, feeling the untouched, voicing the unheard and flavoring the untasted. They deserve to be experiencing a world without barriers. They are here to connect us, let’s make them feel vital and touched. 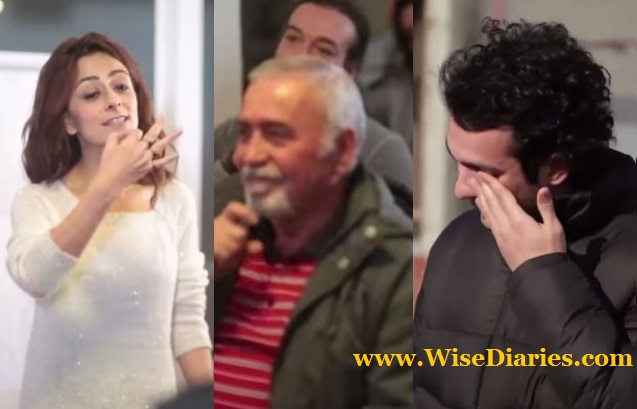 If You Think This Is Hilarious, Please SHARE this with your friends and family..
This Article Is Originally Published By www.wisediaries.com