The Spiritual Consequences of Alcohol Consumption

By: Zahrah Sita
Although it is mass produced, mass promoted, legal, and ingested by a multitude of people all over the world, most people don’t ever consider or understand the spiritual consequences of drinking alcohol.
Let’s begin by taking a look at the etymology of the Word alcohol. Etymology means the root of the word… where it is derived from.
The word “Alcohol” comes from the Arabic “al-kuhl” which means “BODY EATING SPIRIT”, and gives root origins to the English term for “ghoul”. In Middle Eastern folklore, a “ghoul” is an evil demon thought to eat human bodies, either as stolen corpses or as children. 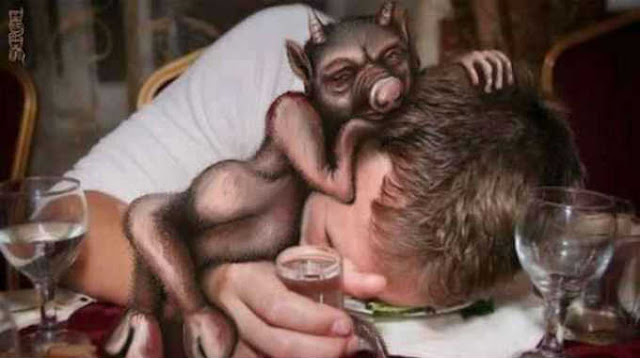