Do Cat Purrs Have Healing Abilities?

By: Spirit Science
We all know that the ancient Egyptians worshipped felines to a marvelous extent. There’s no question that these civilians openly celebrated the value of cats and even glorified them remarkably. Their art, culture, and interpreted lifestyle seem to revere cats prominently. This information is well known, yet most of us have often wondered their reasoning behind this unusual behavior. Few have made speculations, but we really just haven’t been able to sufficiently verify these assumptions. Is it possible that the ancients knew something that we might have missed..? Further examination suggests this may likely be the case! 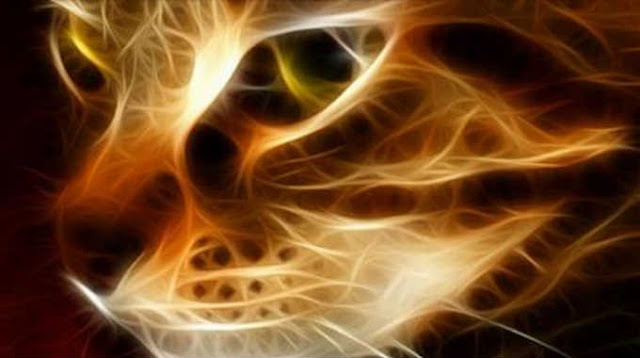 Current domestic findings have lead us to the rediscovery of many key factors. These points primarily correspond to the mystery of this “kitty loving conduct,” and as it turns out- the most critical element may most likely be obscured in a uniquely produced self-healing ability, that is exhibited throughout all feline species.
egypt-cat

How do we know that cats have “healing powers..?”

New studies have provided evidence that the cat’s purr actually acts as a therapeutic apparatus, not only regenerating the body, but also fortifying it to resilient magnitudes. The purr has been shown to significantly accelerate the recovery of their bones and organs while also greatly increasing their density in the process. These conclusions indicate that the averagely accepted belief in which cats only purr while they are content, might very well be a misconception. One other reason this might be, is the fact that observation has shown cats to also purr in other less pleasurable circumstances, like when wounded, frightened, or when giving birth. This suggests that the purr would certainly play an evolutionary role as some kind of a survival mechanism. Many cats in ancient times commonly received admiration and had also been consequently deified, for their miraculous ability to resist harm and even reduce excessively severe impact. Regular events such as these, likely attributed to the inspiration for the “all cats have nine lives” myth we have so often heard!

In what ways did this influence cultural history?

Through further investigation and analysis we can assume that plenty of past societies applied a very same use of vibratory healing, much like our feline friends. It’s highly probable that similar sound therapy techniques were adopted from the feline genus and later utilized by the Egyptians for medical use.
The sistrum, was a sacred percussion instrument in ancient Egypt. (Perhaps originating in the worship of the cat goddess Bastet,) Egyptian priestesses ritualistically used sistra, that as we know now, generate copious amounts of ultrasound. Ultrasound is an effective healing modality, and is used today in hospitals and clinics. Certain levels of ultrasound have even been known to treat severely life-afflicting ailments, like cystic fibrosis, and various forms of cancer. This means that it is entirely possible that ceremonies in which many sistra were used, were not merely employed only to enhance the musical atmosphere, but were likely intended mainly to amplify the healing effect.

How can we use this knowledge?

This type of alternative medicine is helpful in mending, restructuring, and realigning our vital systems. Whether technologically manifested or biologically manifested, these studies do compellingly attest to the future of musical therapy as an applicable modern health procedure. These treatments invoke alleviating qualities, acting as an energetic massage: relieving pain and restoring the body beyond its typical extent.
This may also be one of the reasons why specific techniques involving spoken mantra have been taught and implemented in the practice of meditation. The word “mantra,” is actually a Sanskrit word, that accurately translates to the phrase: “mind instrument.” A mantra is a powerful sound vibration, much like that of a sistrum, or even more so- like a cat’s purr; bearing its own extraordinary hidden qualities. This furthermore suggests that it would be most beneficial to experiment with different meditative utterances, in order to heighten our understanding in terms of how each of these tones might rejuvenate and strengthen the body.
Since we’re only limited by our power to vocalize.. that means the possibilities are Endless!!
(If you’d like to learn more about meditation, watch Spirit Science Lesson 8 here!)