Anger is something that strikes everybody once in a while. In Buddhist parlance anger is regarded as a state that causes suffering and thus must be avoided at all costs. This “afflictive emotion” is best summed up by the definition that it is a “soul sucking, productivity leaching, blood pressure soaring, jaw clenching, dark aftermath generating” state.
Buddhism aims to end suffering. Buddha’s clearly quoted: “Both formerly and now I teach only one thing: the nature of suffering and its ending.” One might not agree to such a dictum. The opinion that we fight better when we are angry is pointed out by many. However, when we are calm we tend to ponder more upon the possible consequences of our action and can confront them in a more effective manner. 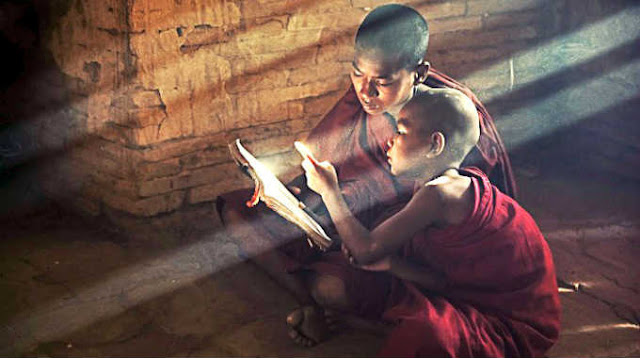 HERE ARE 5 BUDDHIST WAYS TO DEAL WITH ANGER:

1. TAKE INTO CONSIDERATION THE EFFECT ANGER HAS ON YOU

Buddha points out that a person who is angry wishes that his enemy should lose sleep and suffer all types of losses and have people betray him. However, it is only the angry person who sleeps poorly and has suffering at his workplace. The sheer ugliness of an angry person puts off other people. If you don’t believe us, take a look at the mirror the next time you are angry.

2. SEEK OUT THE GOOD QUALITIES OF THE PERSON YOU ARE ANGRY AT

It is not easy to find out the good in our enemies. Buddha preaches humility and in a parable uses the metaphor of the elephant’s foot. He notes that if someone is lost in a jungle and very thirsty happens to stumble upon an elephant footprint filled with rainwater; he will go down on his knees and drink the water. Similarly, our anger distorts our views and blinds us. If we can maintain humility and search for the good in our enemies, we would be able to calm down.

3. RECOLLECT SOMETHING GOOD THAT YOUR ENEMIES HAD DONE UNTO YOU

There might be a chance that the person, who is your enemy today, had done some good to you in the past. Even if it was a small gesture, try to recollect it. Considering that we always tend to get angry at people near us, it would be easy to find at least one good trait of theirs. Remembering this will surely calm you down.

Buddha said that even if someone were to cut you into pieces with a two-handed saw, you should not get angry. If you did you wouldn’t be a true disciple of his (Kakacupama Sutta, MN 21). After having laid down such a noble ethical standard, he noted that such must be our concentration while meditating that we must become something like the earth. No matter how much people dig it, it is still the earth. The metaphor is also applicable in case calmness and humility.

Meditation is one of the most effective ways of dealing with anger. Some forms of Buddhism have a tradition of beginning every meditation session with the “metta bhavana” or the “cultivation of loving kindness”. This exercise allows you to evoke love and goodwill. You will start thinking along these lines, “May I be well. May I be happy. May I be at ease.” Once you have done that, you would gradually broaden your circle of perception and be able to visualize and think about others around you. You would think, “May they be well. May they be happy. May they be at ease.” This will ease your anger and calm you down without fail.
This post was republished from simplecapacity.com. You can find the original post here.