BEST NATURAL WAYS FOR CLEANING YOUR LUNGS OF NICOTINE AND TAR..

No matter how aware people are of the harmful ingredients in cigarettes and how they are the number 1 cause of lung cancer, they still can’t quit smoking. Well if you recognize yourself in the sentence above, the least you can do is clean your lungs of nicotine and tar build up and decrease your risk of infections.

There’s no magical formula that will cleanse the lungs instantly, but here is a list of foods that works best at throwing out the nicotine and tar. 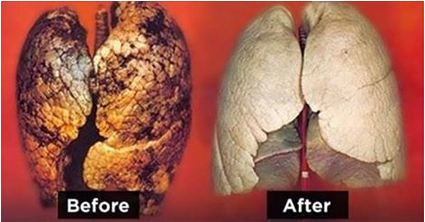 Corn is a food that contains beta-cryptoxanthin, which is believed that can protect you from lung cancer, because it is a powerful antioxidant. However, consume only organic, fresh corn.

Selenium is a very powerful antioxidant. Brazil nuts contain the highest source of selenium compared to other foods, so eat it as much as possible.

Onion is also a good lung cleaner. Onions can be of great help to prevent many diseases, including lung infections. In the case of people who already have cancer, it prevents the growth of new cells.

Ginger as a natural medicine and food, helps to defend against malignant diseases. This is another strong tool to relive you from the toxins in your lungs. You can consume ginger root tea, because it facilitates breathing. Also, you can eat a piece of ginger with a meal.

Oranges contain cryptoxanthin, which has a preventive effect against lung cancer.

Nettle is a plant full of iron, but it is very useful as a mean of disinfection for the lungs and plays an important role in fighting infections.

Pine needles tea is traditionally used for rinsing the mouth and throat, but can also be a good ally in the fight against lung cancer.