CCTV footage has emerged online of the moment Joaquin “El Chapo” Guzman, the notorious drug lord wanted in both Mexico and the U.S., escaped from his cell at a maximum security prison.

The footage shows the cartel leader pacing around before disappearing through a hole in his shower area – which is also one of the two blind spots in the cell. Blind spots that I’m assuming Mexican prison officials are regretting right now. 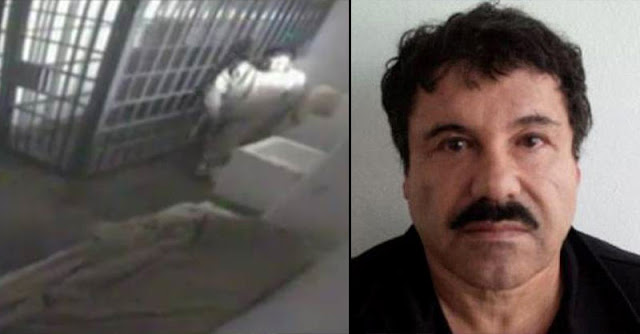 The hole led Guzman down into an area below the shower, which led into a mile-long tunnel that reached a depth of up to 60 feet. From there, a motorcycle adapted to run along a rail waited for him, which led out of the prison and into a recently constructed building where an escape hole to his freedom awaited him. How all of this was constructed without alerting security personnel is unbelievable.

On his way out of the prison, Guzman knocked out all of the lights in the tunnels, making it even harder for officials to track him – they were only a few minutes behind him, according to CNN.

The capo was under round-the-clock surveillance, which makes his escape even grander, and to top it off, this isn’t the first time he’s escaped a maximum security prison. 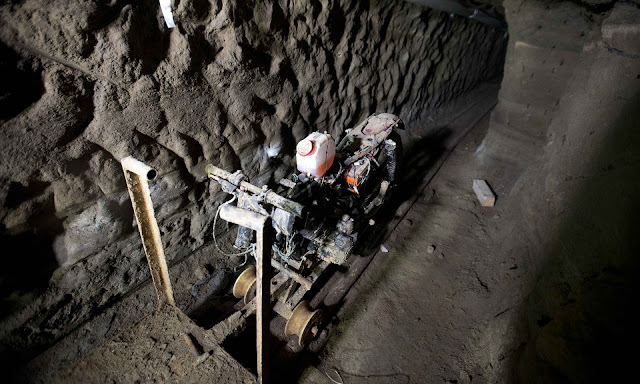 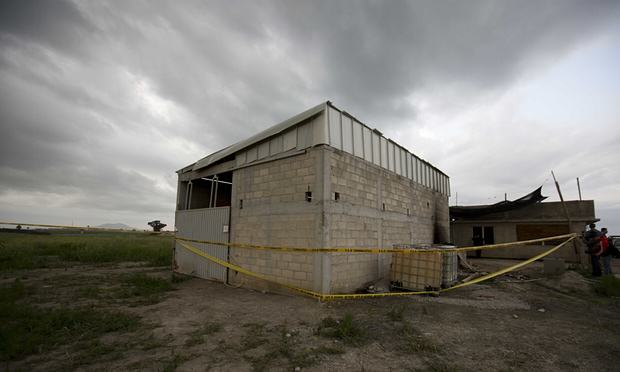 Back in 2001, he escaped a high-security prison in a laundry cart (a little less glamorous than the recent escape) and managed to stay free for 13 years until he was finally caught and arrested at a Mexican beach resort.

News that he has escaped again has hit Mexican officials hard, so much so, that a 60m pesos ($3.8m) reward has been offered for any information that leads to his recapture.

Mexico will have to step their game up this time if they are to catch him. The notorious drug lord has unlimited amounts of cash and if the sophistication of this latest escape plan is anything go by, I’m sure the plan to keep him OUT of prison is even more tight.