This Is Why Unloved Daughters Attract Narcissists

The daughters of unloving mothers have a lot of issues which come from having lived a cruel, crazy-making lifestyle. Here’s why they attract narcissists:

I think that living with a Narcissistic Mother is possibly one of the most horrendous abuses of children, because – depending where on the Narcissistic Spectrum our mother is located – it can be so subtle that we don’t even realise we’re being abused.

As one Daughter with a Narcissistic Mother wrote so eloquently:

As different as [all daughters with narcissistic mothers] are, as varied as our situations, ages, memories, degrees of suffering or desire to vent, the consequences of being raised by this kind of mentally ill mother are essentially universal. 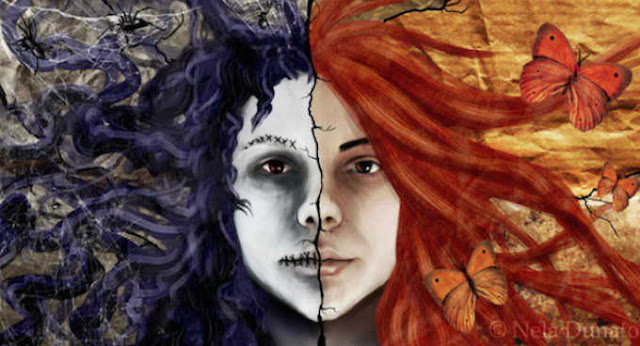 It is an abnegation of the soul, and I’d argue that the damage it does is more insidious than most other forms of child abuse.

It is completely invisible to everyone, including the perpetrator (who literally cannot see what she is doing) and her victim (who knows only this). The harm it does is all pervasive; it is vicious, painfully unjust and mutilating.

(Reprinted with permission; bolding/italics mine)

I certainly didn’t know this abuse was going on. When my sister more or less left home when she was 15, all-but living with a neighbour, and officially left home never to be seen again at age 17, all I could think was, “What’s her problem?”

And it never occurred to me to wonder where my own depression, suicide attempt and constant suicide thoughts, and eating disorder, had come from.

We just internalise the stress, and think it’s us that’s wrong, and horrible, and maybe even crazy. This is assisted by the fact that our Narcissistic Mothers and Enabling Fathers tell us that we’re crazy! Maybe not in as many words (although often, yes, in as many words), but every time they gaslight us to tell us our memory and perceptions are mistaken, it’s effectively saying we’re crazy.

On my last conversation with my mother she told me patronisingly that I had a very good imagination – the inference being that I was totally imagining all of what I was saying.

We maybe still think our mother loves us because she tells us she does, and we don’t know any better to realise that normally love doesn’t manifest in such sly put-downs, such undermining, such neglect. And of course our culture tells us, loud and clear and over and over,that our mother loves us, and that we need to love her. And because of this, our friends just don’t – cannot – understand any of this, and that’s lonely too.

And we believe we love her because, well, that’s what daughters do. And as normal loving girls we crave to love.

The heritage of being a Daughter with a Narcissistic Mother just goes on and on – I’ve heard it described, bitterly, as the gift that keeps on giving.

We feel we cannot be our authentic true selves, even assuming we can figure out who that authentic self even is.

We suffer from low self-esteem, often to the level of self-loathing, and we struggle with self-care. We almost certainly cannot love ourselves, and all this is evidenced by our negative self-talk.

We may believe we have no right to exist, and almost certainly feel that we’re never good enough, that we’re not acceptable, that at some deep down level we’re inherently flawed.

We either are forever self-sabotaging, or burdened with impossible perfectionism.

Although there is often euphoria when we make this discovery about NPD, as we realise we’re not crazy, that can be quickly followed by anger, grief and bereavement, sadness, shame and guilt, and maybe even hatred.

We’re weary of our successes being dismissed and our tragedies being used as drama-queen fodder.

We perhaps still always feel like a little girl, and we’re probably scared to own, or access, our own power – and that keeps us feeling powerless too. We’ve had years of being told we’re too sensitive, and possibly we are, now.

We have difficulty setting boundaries, whether that’s with our family or with others.

We may well be overly fearful of authority figures, or people being angry with us.

We worry about whether we ourselves are narcissistic.

We may have body issues – either being overweight, or terrified of gaining weight.

We may find ourselves still experiencing huge fear of her, no matter how old we are or how assertive in other parts of our lives.

We may find that we’re still trying – in vain, of course – to get her approval, or to get her attention.

We may want to severely limit our contactwith her, or even to cut off all contact– but be worried and confused about that.

We no doubt have difficulties in forming relationships, or maybe we’re attracted to unhealthy and abusive relationships. We have a constant fear of abandonment, and huge trust issues. We carry a constant feeling that the world isn’t safe.

We also have massive issues around deserving. Deep down we may feel that we don’t deserve good things, or good relationships, or even that we don’t deserve to heal. We may also have beliefs around healing that healing means she gets away with it, for example, which block us, or the belief that being unhappy is a badge of proof that this happened.