7 Essential Things To Know Before Dating An Alpha Female

Some men like their women submissive, sweet, feminine, and nurturing – and hey, there's nothing wrong with that. But that woman is certainly not an Alpha Female. Now, for my Alpha Females out there, you badass bitches know who you are, it takes a very particular man to be able to handleyou. Yes, you might as well admit it now: you are a handful. 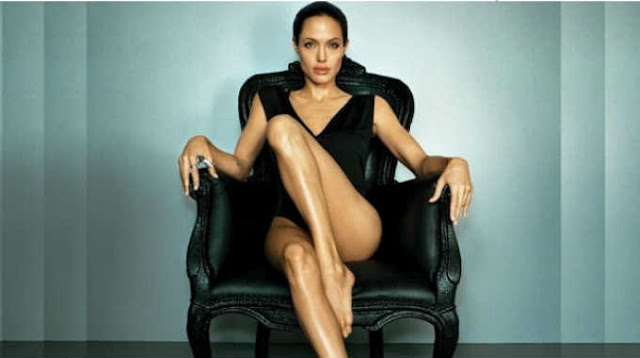 Potential Alpha Female Lovers: don't say ya weren't warned. You best know your woman before you fall head over heels for MissIndependent:

01. She will challenge you.

Not only will she challenge you, but she probably won’t forfeit too easily; she will be persistent and insistent. She will debate with you over anything from de Blasio’s new policy, to the actual color of a tennis ball (green? or yellow?), and she expects to win. Some advice: challenge her back.

If you’re the kind of guy who loves to feel needed all the time, this gal just isn’t for you. She is fiercely independent and prides herself on being self-reliant and self-sufficient: Miss Outta My Way. The great thing about being with an Alpha is that you won’t feel tied down because she doesn’t need you, she wants you.

03. She will be straight-up with you.

If your Alpha has a problem, you will most likely know about it. You can’t expect her to be too gentle with her words, so hopefully you’ll understand that she isn’t trying to be mean – this is just the way she is. But, hey, you won’t need to deal with the typical passive-aggressive bullshit that most girls pull!

05. She doesn’t wear her Alpha on her sleeve.

Chocolates? Flowers? One of those Hallmark cards that have a cute pun about how much you love her? Yeah, these things will probably make her vom a little in her mouth before it makes her heart melt. Not that she’s a total cynic, but she’s used to the doting – the lovey dovey crap that every girl wants – and in order to get her attention, you’ll need to come up with something a little more original.

If you think loving an Alpha Female is easy, you’re wrong. She’s difficult, competitive, and probably complicated. She gets off from being free, being in power, and will step on any man who gets in her way. She is, in fact, ab. So. Lute. Ly. Impossible.

07. But she’s definitely worth it.

Her my-way-or-the-highway attitude and complete self-competence will, at times, make you feel small. Instead, let it empower you. Let it strengthen your weaknesses, and let it feed your drive to success. She will help you learn about yourself; she will push you; she will change you; she will impact you. Overall, she will make you a better man.