7-Year-Old Girl Applies For A Job At Google, Gets A Priceless Response Letter

By:​ JamesGould-Bourn
Ask most 7-year-olds what they want to be when they grow up and you can guarantee that the responses will be typically fantastical, from spacemen and cowgirls to firefighters and rock stars. But all Chloe Bridgewater wants to do is work for Google (well OK, and also work in a chocolate factory and be an Olympic swimmer). She even sent them a hand-written job application, which was the only letter she’s even sent except for one to Father Christmas. And guess what? Not only did she get a response; the response came courtesy of none other than the CEO of Google himself, Mr. Sundar Pichai. 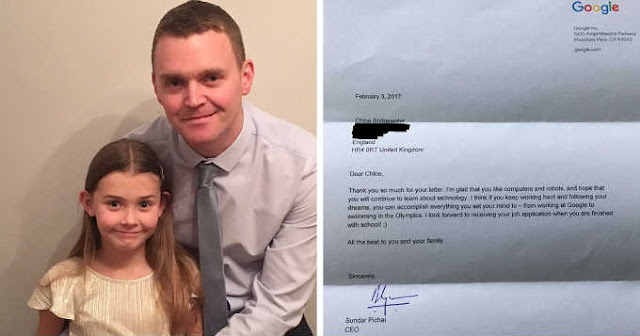 “Dear Google boss,” wrote the 7-year-old from Hereford, UK. “My name is Chloe and when I am bigger I would like a job with Google.” She wrote it after she asked her father, Andy, what he’d like to do if he didn’t sell refrigerator parts. He told her that Google would be cool and showed her some pictures of their headquarters in Silicon Valley, and the moment she saw the bean bags, slides and go-karts, she knew she’d found her dream job. He encouraged her to write an application and so she did, but neither of them were prepared for the response they received a few days later. See for yourself below. Andy recently posted it on his LinkedIn page and Twitter account, and it’s since been liked more than 94k times.

When a 7-year-old Chloe wrote a letter to Google, she never expected a reply from the CEO himself!

The letter was only the second one Chloe had ever written. The first one was to Father Christmas 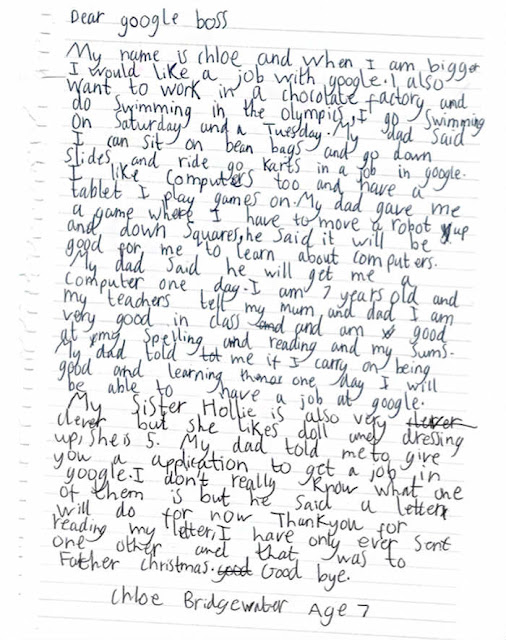 After seeing the pictures of the beanbags, slides, and go-karts at Google HQ, Chloe couldn’t resist writing them a letter 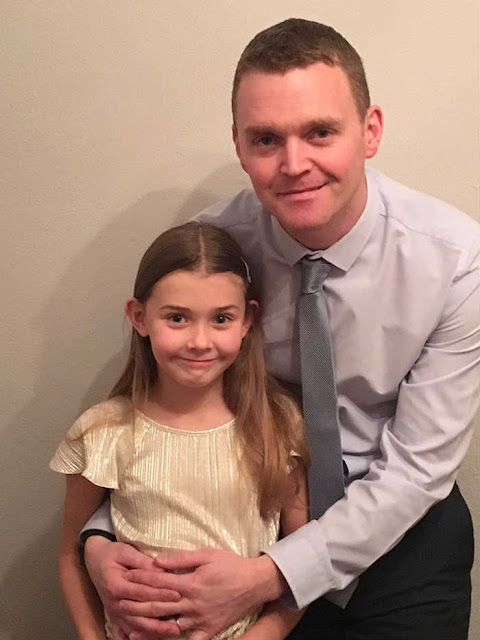 She got this reply a few days later 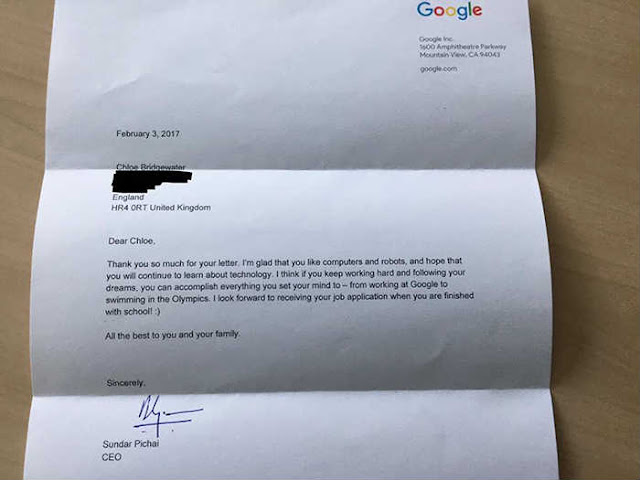 “Dear Chloe,” reads the letter. “Thank you so much for your letter. I’m glad that you like computers and robots, and hope that you will continue to learn about technology. I think if you keep working hard and following your dreams, you can accomplish everything you set your mind to – from working at Google to swimming in the Olympics. I look forward to receiving your job application when you are finished with school! : ) All the best to you and your family, Sundar Pichai, CEO

The internet was quick to praise Chloe’s motivation and character. This girl is really going places!