5 Signs a Higher Power is Trying To Contact You!!!

They can come with important messages or just to simply give you their reassuring presence and let you know everything is o.k. Usually though, we tend to overlook these phenomenal events as an overactive imagination and classify it in our minds as grief processing. But if we could all raise our awareness a little bit more, we might just find comfort in knowing that we are never alone. 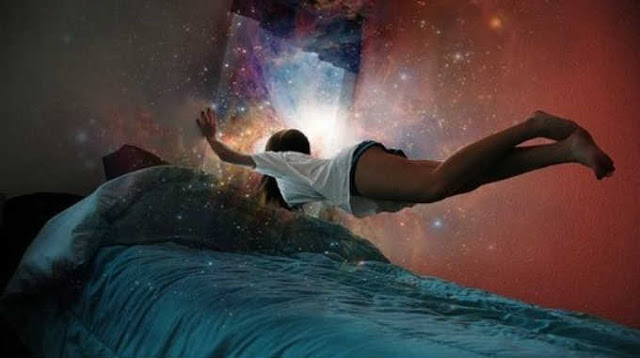 05. They Appear in Your Dreams

A vivid dream of a deceased loved one is classified as a lucid dream or vision. This is because of the potency of the dream.

Quite often these are so intense that they wake you up in the middle of night filled with emotion.

You may even be consciously aware of the fact that you are dreaming and not even realize it.

04. You Feel Their Touch

Most commonly felt shortly after a loved ones passing, the sensation of being caressed softly, either on the back or the hand is a clear sign of comfort from the deceased. Others may also just feel, that they are not alone and sense the presence of someone else in the room.

It is not uncommon for passed spirits to affect electrical components in the home. You may find burnt out light bulbs more often, or other devices starting to go haywire for no other apparent reason. Think about it, if you were on the other side… wouldn’t you?

There have been many accounts of the deceased “stealing” things from the home only to later have them appear in the most random of places. It may feel as though you have lost your mind, but don’t worry they are just trying to get your attention! And apparently you are not listening.

On the opposite, you may also find that you have lost something that is really important and when you begin stressing out about it.. suddenly it appears in the strangest place, easy for you to find and you could have sworn that you just looked there.

UnknownOur sense of smell is the strongest of our senses and just one whiff can bring back a thousand memories.

The most common accounts of fragrances are the smell of cigarette tobacco or cigars while no one in the smokes, perfume and flowers.

My 3-year-old daughter (at the time) came into the room one afternoon. She was playing with her kitchen set downstairs. In her hands she held a plastic plate, plastic food and a spoon. I asked her if she was making herself lunch and she told me “yes but I have to go get more for Bill, I’ll be right back”. (I thought this was a funny thing to say).


She came back up from downstairs with another plate and so I asked her “who’s Bill?”. She looked at me and told me with a completely straight face “he’s sitting at the kitchen table”. My mind quickly raced to try to figure out what she was talking about… until I realized. Bill was our old neighbour he was in his early 90’s when I last saw him and Bill  passed away 2 years ago. She would have been 1 years old at the time of his death.
This post was republished from theusualroutine.com. You can find the original post here.