4 Rare SUPERPOWERS All Empaths Have, Whether They Know it or Not

Most highly sensitive, or empathic people feel that their ability to feel so many different emotional energies in the environment is a curse, but with recent research shows that empaths are actually highly psychic, you may want to sharpen your empathic skills instead of hiding them, or regret their existence. Here are 4 Super-Powers of empathic people, that you too can develop at any point in life:

01. You Could Read Other People’s Minds

Empaths have a rare form of psychic ability that is considered a rare gift. Mind reading isn’t a everyday trick. We all do it to some degree, taking cues from people’s body language, and verbal discourse. A skilled non-verbal decoder can tell if someone is lying, someone is happy or sad (even if they claim to be the opposite), or if they are manipulating others with their speech and gestures. We can all be ‘mentalists’ picking up on inconsistencies in someone’s words and body language, but empaths take it a step further. 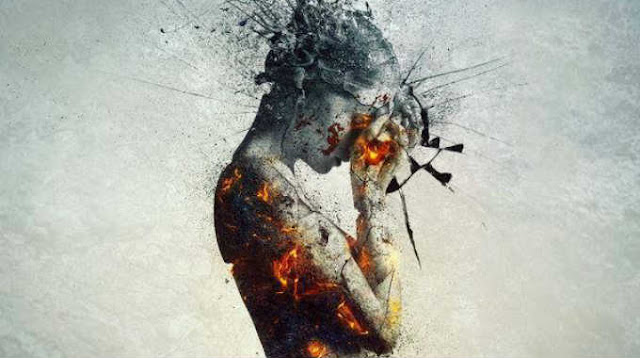 Many empaths receive psychic images, statements, hues, or smells intuitively which indicate to them, a reality beyond which most are aware. If you pick up on these energies unwillingly, you could instead focus on them, and see if you can create an even stronger psychic experience, turning your empathic skills into full-blown ESP. Then you can literally walk a mile in someone else’s shoes, and know exactly what that would feel like. IMAGINE the possibilities.

How many wrong turns, missteps, or arguments could you avoid? How much success could you experience learning from others’ mistakes? Knowing when someone is lying, or telling the truth? Priceless. Instead of evade your empathic ability to feel everything – you could use it to become a true mind reader.

02. Become Your Own Emotion Superhero

If you have a crazy ability to empathize with others, why not turn this around, and use it to your own benefit? So many people today are completely disconnected from their own emotions. You aren’t. This may seem like a tremendous burden – feeling what they ought to feel, AND feeling what you feel, but if you were able to develop some discernment, and focus on your own emotional growth, this gift can become your greatest super power.

The act of listening to your own feelings and thoughts is self-empathy- it’s compassion in action. It could completely and utterly change how you communicate with people.

For instance, let’s say you are visiting family for the holidays or a long weekend and one of your uncles says, “Don’t you know this president is going to ruin the nation?” Your internal dialogue as an empath might be something like, “Oh my God, he has no clue how every person is affecting this country, and this planet, and the people who are running the show aren’t presidents or politicians, they may not even be on this planet! What an idiot.” This is what your emotional triggers might be around a simple statement that someone from your family makes. But what if you honored those feelings and learned how to communicate them lovingly?

What if instead, you internally stated, “Wow, hearing what my uncle just said alarms me, to the point of even feeling panicked because that statement doesn’t agree with the world I see, or how I believe this Universe is formed, and I’m scared of being at odds with my family member.” Super power indeed.

You could instead say to your Uncle from this emotionally aware place, “Yes, we all ruin the world a little or make it closer to a paradise every day by the thoughts, deeds, and actions we engage in.” This statement might go over his head, or open up a whole different type of dialogue that is more in alignment with who you are.

03. Transmute the Negativity Only You Can Feel

Instead of being a victim of this sensitivity to negative energy – you should look for positive energy first, and Convert that negative energy. Practice a quiet five-minute Tonglen meditation. Bring high-energy plants or flowers to a place with low energy, or simply utter encouraging words and thoughts to people around you who were also affected by the negativity. Even better? Find the humor in the situation and share it. Even the most vile circumstance has a funny side to it. Use laughter to literally create intimacy and openness where there was none.

04. Turn Your Sensitivity Into a Highly Coveted Skill

Do the wrong sheets make you break out in hives? Are certain smells absolutely revolting to you? Do non-organic foods cause you terrible gastro-intestinal distress? Do you need quiet in order to sleep, and alone time in order to off-load all the smells, sights, sounds, and emotions you’ve absorbed all day long? Instead of looking at this trait as if it were a burden, use it to your advantage.

You could become a perfumer, and advise companies on removing chemicals and adding natural scents to their products. You could help others eat divinely prepared food by becoming an organic chef. You could develop quiet spaces like gardens, libraries, or meditation rooms that not only you need, but that others would revel in, without even realizing that they were desperate for your gift. Use those sensitivities to create a peaceful haven in the world, and your empathic skills are no longer a curse, but used to fulfill your life’s purpose.


There are many more ways you can put your empathic super-powers to good use. Feel free to share your ideas in the comments section, or when you share this article to social media.
This post was republished from factrider.com. You can find the original post here.