WHY DO ORGASMS FEEL SO GOOD? NEUROSCIENTIST EXPLAINS THAT WE REACH AN ‘ALTERED STATE OF CONSCIOUSNESS’

When it comes to sex and sexual pleasure, it seems like there is always something new to be learned. The realm of sex has perplexed humans for many decades, probably due to the growing evidence of a deeper connection being made with ourselves and our partner.

The desire for a deeper connection provides further proof to our obsession to know more about how the functions of sex affect our connectedness with self, and others.

Neuroscientist Adam Safron of Northwestern University explains, “sex is a source of pleasurable sensations and emotional connection, but beyond that, it’s actually an altered state of consciousness.“

In an article published in Socioaffective Neuroscience & Psychology, Victoria Klimaj and Adam Safron delve into unlocking the mystery of the orgasm. “The conditions shaping sexual climax may be particularly complex in humans, whose sexual behaviour is characterized by cultural shaping, abstract goals, and frequent non-reproductive motivations.”

They concluded their research with the help of a number of scientists who are experts in the study of the orgasm. These contributors are evolutionary psychologists, animal behaviour experts, fMRI researchers, and investigators specializing in the analysis of large-scale surveys.

Dr. Safron has learned that a rhythmic stimulation alters brain activity. When we are sexually stimulated, our neutrons focus in a particular way that it’s hypnotizing, and we block out everything we are usually conscious of like noises, feelings and smells, and concentrate intensely on sensation alone.

This level of concentration cannot be achieved through any other natural stimulation. Our self-awareness is essentially gone in that moment.

“Sex is a source of pleasurable sensations and emotional connection, but beyond that, it’s actually an altered state of consciousness,” Dr. Safron explains.

Dr. Safron investigated this trance by creating a europhenomenological model that displayed which rhythmic sexual activity likely influences brain rhythms. The model showed that our neurons can be focused by stimulating particular nerves in a particular way at a particular speed.

When they begin to synchronize their activity, neural entrainment is achieved and if stimulation proceeds for a longer length of time, the synchronization spreads throughout the brain enabling us to become more focused than ever.

“Before this paper, we knew what lit up in the brain when people had orgasms, and we knew a lot about the hormonal and neurochemical factors in non-human animals, but we didn’t really know why sex and orgasm feel the way they do,” Dr. Safron said.

Why Rhythm Plays A Crucial Role

The study revealed a common theme: sexual climax, seizures, music, and dance all flood the brain’s sensory channels with rhythmic inputs. Dr. Safron believes that because sexual activity is so similar to music and dance, the rhythm-keeping ability may serve as a test of fitness for potential mates.

“Synchronization is important for signal propagation in the brain, because neurons are more likely to fire if they are stimulated multiple times within a narrow window of time,” says Dr. Safron.

This led Dr. Safron to hypothesize that “rhythmic entrainment is the primary mechanism by which orgasmic thresholds are surpassed.”

“The idea that sexual experiences can be like trance states is in some ways ancient. Turns out this idea is supported by modern understandings of neuroscience,” says Dr. Safron.

This constant rhythmic stimulation is very similar to the practices preached by 46-year-old Nicole Daedone of OM or Orgasmic Meditation. The technique is a sequenced practice in which one partner gently strokes the other partner’s clitoris for 15 minutes. The result is said to be therapeutic, rather than sexual. The “stroking” allegedly activates the limbic system and releases a flood of oxytocin. 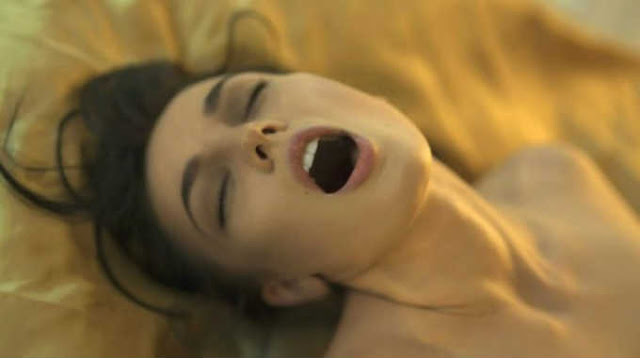 This whole practice reiterates the idea that in order to fully achieve orgasm (or anything else of substance in life) you must actively engage in being present and release the pressure we allow society to instil within us. When we surrender to the universe and in this instance, our feeling, we enter into a world of bountiful possibility.
Please SHARE This With Your Friends & Family..