Financially successful people do things a little different that the rest of us. They typically have a more positive mindset, take personal responsibility for their wealth and business success, and they are willing to sacrifice short term benefits for longer term gains. They are life long learners and surround themselves with positive people who also believe in the benefits of education and good work ethic.

They come from all walks of life and all income brackets, but they share a similar set of attributes that set them apart from the rest of us. 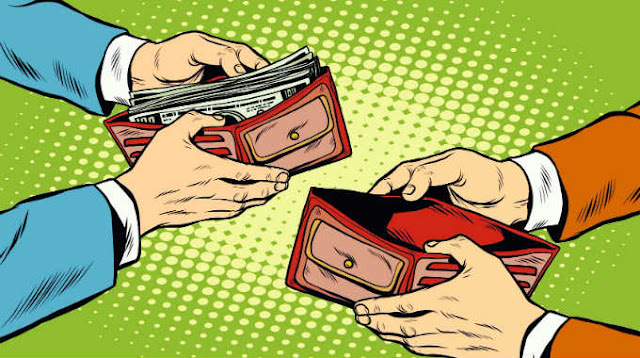 Wealthy people watch very little television a day and almost no so-called “reality TV”. They spend their time wisely working on their business and not wasting it on the couch.

Wealthy people live frugally at first in order to invest their limited income and resources into something that will make them more money. Some wealthy people, like Warren Buffet, live this way their entire lives. They have modest sized houses, drive used cars and don’t waste money on flashy status symbols like boats or expensive sports cars.

People who see themselves as victims spend a lot of time complaining and blaming their failures on others. Successful people take their misfortunes, or bad decisions, and analyze what happened and how they could change the outcome in the future. They learn from their mistakes rather than complaining about it.

04. THEY SAVE AND LIMIT DEBT

Successful people pay off debts quickly to save money on interest which accrues over time. So, if you pay off the principle of the loan faster, then interest on that loan is less over time. They also make saving money a priority. Even if it’s only $20 a month, saving money and developing it into a habit will pay off later when an emergency strikes, This way, you can cover it with savings rather than paying off an emergency loan which will cost significantly more in the long run. The best way to save effectively is to automate it. Set up a recurring transfer from your checking into your savings. Before you know it, you will have quite a chunk of change to invest. Resist the temptation to spend it on a new car or television or expensive clothing.

05. THEY DON’T BLAME OTHERS FOR THEIR SITUATION

Successful people take responsibility for their actions and their fortunes. Rather than waste time and energy blaming someone or something else which might only be marginally responsible, they accept that their fate is their own, and if they want to succeed, then they need to do something about it themselves.

Successful people make and stick to long term financial planning rather than spending their money as fast as they make it.

07. THEY MAKE THINGS OR PROVIDE SERVICES OF VALUE

They aren’t just consumers of other people’s ideas and products. They produce things. They do things. Things that other people are willing to pay for.

08. THEY BELIEVE EDUCATION IS IMPORTANT

Wealthy and successful people believe in education and lifelong learning. They read books of educational value or that are work related. When they commute, they listen to audio books or news programs.

09. THEY DO MORE THAN THE MINIMUM

Successful people do more than just show up to work, do their job and go home. They get up early and they stay later at work. They go above and beyond to achieve their goals.

10. THEY ARE PASSIONATE ABOUT WHAT THEY DO

Financially successful people get a thrill from making something new, making a customer happy or fulfilling a client’s order. They care more about the creation process they are involved in than the money they are making.

Financially successful people are disciplined savers who start saving early and often. They live frugally most of their lives. They love their work and do as much as they can, the best way they can. They limit their debts, take responsibility for their wealth and plan long term. They don’t waste time. They don’t waste money. They take every chance to better themselves and their abilities.