When you find yourself arguing with a Capricorn, one of the best things that you should do is to try to stay on topic.

No matter how many other thoughts come into your head, any other long forgotten issues that you still hold resentment over them for, or anything that is completely irrelevant, can make a Capricorn absolutely furious.

They hate having their time wasted and you digging up things from the past only makes them that much more upset. Also try to avoid giving them examples of things, it's essentially the same thing as being off topic. 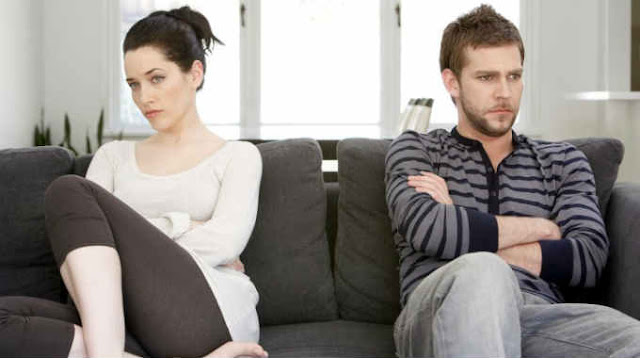 It's wise of you to not underestimate what an Aquarius will do in order for them to win whatever argument they find themselves in at that moment in time.

Anything that you think an Aquarius has forgotten, you'd be surprised as to how long they can hold onto a grudge for.

Sometimes it's best to just let them figuring things out for themselves instead of confronting them on the things you think they did wrong. Be careful what you get yourself into with an Aquarius.

It's best to try to confront a Pisces with a calm demeanor, otherwise, the louder or more dramatic you become at them, the more they will get furiously angry at you.

It's not a good idea to taunt a Pisces because this zodiac sign in particular will make sure you're wounded in every single way possible by the time you leave their presence.

They react better if you are constructive, to the point, and express yourself in a stable way otherwise you'll understand what it means to attract their ire in more ways than one.

Aries really hate it when people are passive aggressive at them, nothing gets them boiling in their skin more than having someone who isn't really speaking their minds.

With an Aries that you are trying to confront it is best that you are able to say what you mean and mean what you say because they won't beat around the bush with you when it comes to things being passive aggressive at them.

They will deliberately go out of their way to make sure that you know exactly the way they feel and what they plan to do about it.

One thing is for certain when confronting an already stressed out Taurus, is that the more you mess with the bull, you better expect to get both of their horns.

A Taurus is open to communication and will do everything they can to make sure things are at peace, however, they really hate it when they are being harassed.

A Taurus will fight back and they won't be nice about it. Approach them knowing what you want to talk about so that you don't waste their time or upset them.

They really hate it when people put on this front because it makes them feel like all you're really doing is just mocking them or that you aren't taking them seriously enough.
Let the Gemini speak for themselves, understand them as they explain what they are trying to do or say, otherwise you will only make the problem worse.

Whenever you are confronting a Cancer on something that you are upset about, it's best that you do it all by yourself.

If you confront them with someone else, they won't listen to a thing that either of you has to say.

It has to be a personal confrontation otherwise you won't get anywhere with them in the things that you want to express. Be honest with yourself as well as being honest with them, only then will they listen to you.

When trying to confront a Leo, it's best that you let them lead the argument.

This isn't to say that you should necessarily let them trample all over you in this argument but rather this is more for them to feel like they aren't being forced to be submissive.

They really get heated if the person that is confronting them is patronizing them or comes off as condescending. Let them express themselves when they lash out, and then calmly explain your side of the story.

The biggest thing that you should avoid when you are confronting a Virgo is to not interrupt them no matter how much you want too.

If you are constantly interrupting them during an argument then you might not ever get to say another word to them ever again.

They hate when a conversation isn't being heard from both sides especially their side. Do your best to listen to what they have to say and they will do the same in return.

With a Libra, you are going to want to try and keep your voice level at a normal tone.
If you become to loud or turn the argument into a shouting match, a Libra will show you no mercy.

They will not even consider your side of the story anymore if you are just flat out yelling at them. If you continue to yell at them with the things you are trying to confront them about, they will most definitely yell right back.

Whenever you find yourself in a situation where you are arguing with a Scorpio, you better know how to defend yourself and how to do it well.

A Scorpio will not stand for someone who is demanding things from them during a confrontation and they will only let the hellfire grow inside them the more you try to avoid an argument with them.

They'd rather you say what you have to say instead of letting your feelings boil over as well as their own feelings.

When confronting a Sagittarius about something, it's best that you do not treat them as if they do not know what they are talking about.

It's one thing to think that they have no clue but it's another to flat out tell them that they clearly don't know what they are saying.

They absolutely despise it when people treat or tell them this because they know deep down why you are even confronting them in the first place.

Just be sure you know what is the truth and the exact truth otherwise you'll most likely go down in flames with a Sagittarius.