New camera angle shows what the Gorilla was really doing after the boy fell in. Look closer..

The internet is abuzz with a tragic event that transpired just this Saturday when a 4-year-old boy tumbled into a Gorilla enclosure at a Zoo located in Cincinnati, Ohio.  The event brewed major controversy across the world when a 17-year-lb 450 lb innocent male Gorilla was executed by zoo employees in order to save the life of the 4-year-old boy and return him safely to his mother. 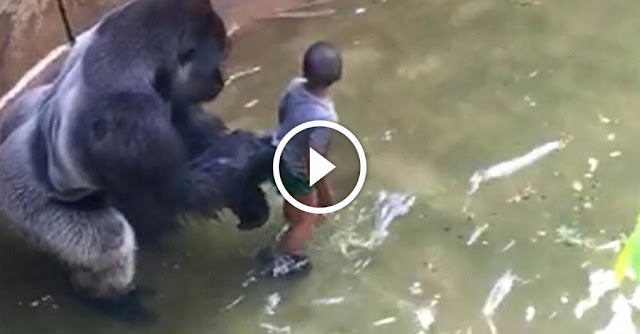 It’s hard to put tip the scale on which life carried more value. A boy’s or that of an innocent Gorilla, and the proper course of action that really should have been taken.  Animal rights activists and lovers are voicing their opinions loudly in the favor that the animal meant the child no harm, and in a previous case in the late 90s, when a similar event occurred, the Gorilla cradled the child until the employees retrieved the child and returned him safely to his mother.  As a result, they feel that the animal was killed unjust-fully, and it could have simply been tranquilized instead of executed. However, on the other side of the table, another group debates that Gorilla’s can be dangerous beasts and could have easily dismembered or killed the little boy, and that no risk should have been taken.  They cite that the gorilla viciously dragged the child through the water, and when tranquilizing the gorilla, the child could have been gravely hurt if the gorilla became alarmed.
The Cincinnati Zoo Director Thane Maynard released a statement on Facebook:

“We are heartbroken about losing Harambe, but a child’s life was in danger and a quick decision had to be made by our Dangerous Animal Response Team… Tranquilizers do not take effect for several minutes and the child was in imminent danger. On top of that, the impact from the dart could agitate the animal and cause the situation to get much worse.” 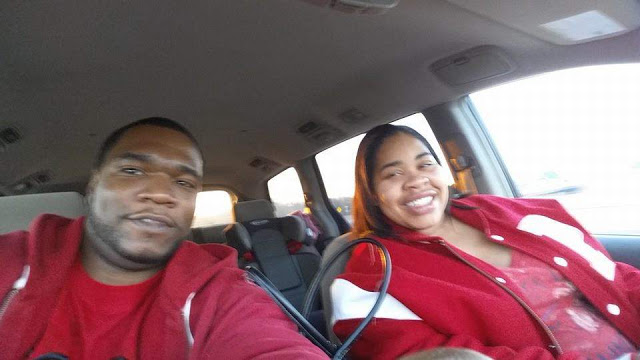 There has been backlash in public opinion regarding the 4-year-old boy’s mother Michelle Gregg, who are blaming her as cause of an innocent gorilla’s death, in addition her negligence could have caused grave harm to her son or worse in this tragic event.  The mother of released a statement on Facebook which has now been deleted:

"God protected my child until the authorities were able to get to him. My son is safe and was able to walk away with a concussion and a few scrapes… no broken bones or internal injuries. As a society we are quick to judge how a parent could take their eyes off of their child and if anyone knows me I keep a tight watch on my kids. Accidents happen…”

A group calling themselves  “Justice for Harambe” argues that the zoo should not be the ones to blame, yet the mother herself whom should have been more responsible for her son’s safety and thus held accountable for her actions. The group is rallying people worldwide and launching an official investigation into her parenting skills at home in order to determine the level of parental negligence, and if she’s fit to mother her son. On their Facebook page they have made the following statement attached to the petition:

Jack Hanna, a well known animal expert is taking the side of the zoo official’s decision to end Harambe’s life in order to save the boy’s life.  In the video below, Hannah, the Director Emeritus of the Columbus Zoo & Aquarium, discusses why killing the Harambe the gorilla was the right thing to do.