Atlanta, Ga. – In a surprising move, CNN is reporting that marijuana may be a potential cure for certain types of cancer after numerous studies have shown the viability of cannabis as a potential cancer treatment. The report of marijuana being a potential cure was less surprising than the fact that it was covered prominently by a mainstream media outlet. 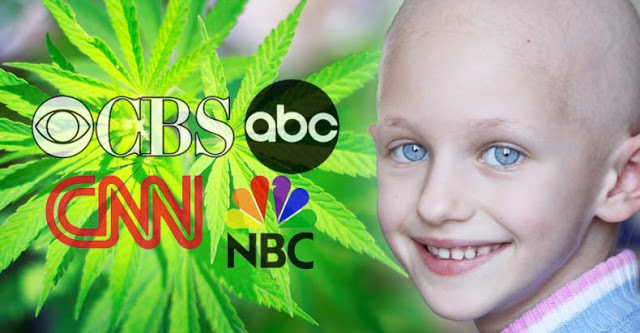 The research, cited by CNN, was conducted in numerous preclinical studies on mice and rats, as well as human cells. It has shown “that cannabinoids may inhibit tumor growth by causing cell death, blocking cell growth, and blocking the development of blood vessels needed by tumors to grow. Laboratory and animal studies have shown that cannabinoids may be able to kill cancer cells while protecting normal cells,” according to the National Cancer Institute at the National Institute of Health.

Additionally, the National Cancer Institute reports that a study in mice “showed that cannabinoids may protect against inflammation of the colon and may have potential in reducing the risk of colon cancer, and possibly in its treatment.”

The preliminary research is extremely promising and holds hope for numerous new treatments for numerous different types of cancer. The problem is that the U.S. federal government treats possession of marijuana as a criminal act.

Even the National Institute on Drug Abuse, a US federal government research institute whose mission includes “bringing the power of science to bear on drug abuse and addiction,” has officially admitted that marijuana extracts can kill cancer cells.
Currently, however, the U.S. government classifies cannabis as a Schedule I drug, meaning that the government considers it to have no acceptable medical usage or value. Other drugs classified as Schedule I are LSD, heroin, ecstasy (MDMA), and peyote.
To do research on marijuana, scientists need approval from numerous federal departments and approval is extremely rare. Subsequently, this designation has prevented researchers from conducting clinical trials of cannabis as a treatment for cancer in humans.

Imagine the possibilities if possessing this plant wouldn’t get you kidnapped and locked in a cage, or killed.

The system is laid out in such a way that it creates a dynamic where physicians refuse to even consider cannabis, despite seeing evidence that it works. Without it being legitimized through clinical research and practice standards, doctors fear professional repercussions and potentially losing their license to practice medicine.
According to Dr. Gupta,

“There is now promising research into the use of marijuana that could impact tens of thousands children and adults, including treatment for cancer, epilepsy and Alzheimer’s, to name a few. With regard to pain alone, marijuana could greatly reduce the demand for narcotics and simultaneously decrease the number of accidental painkiller overdoses, which are the greatest cause of preventable death in this country.”

Currently, a bipartisan bill, authored by Rand Paul, R-Kentucky, Cory Booker, D-New Jersey, and Kirsten Gillibrand, D-New York — titled the Compassionate Access, Research Expansion, and Respect States Act of 2015, is in the Senate. This act would ease many of the current restrictions, simplifying the study of cannabis for research.
Dr. Gupta hits the nail on the head when he poignantly stated:

The potential benefits from research into the medical uses for cannabis know no bounds. We could quite possibly be at the precipice of one of the greatest medical breakthroughs of our collective lives. If only the federal government would get out of the way and allow science to study this potential cure for cancer.

The time is now for us to make the changes we want to see happen; a medical revolution is taking place before our eyes. Please share this article with everyone you know to help awaken people to the potentially life-saving properties of cannabis and the cutting edge research that is proving it.