Is this evidence of a parallel universe? Sightings of a 'floating city' in China are simply an optical illusion, say scientists..

Thousands of people in China claim they have seen a 'floating city' in the sky.

Residents of Jiangxi and Foshan were stunned when they saw what they thought to be towering sky scrapers appearing from the clouds.

While many believed they had seen a parallel universes, weather experts say the phenomenon was down to an optical illusion known as a Fata Morgana. 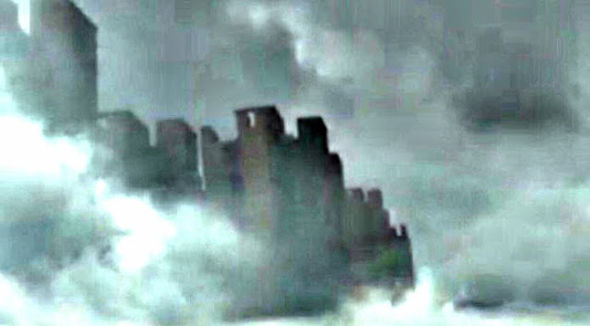 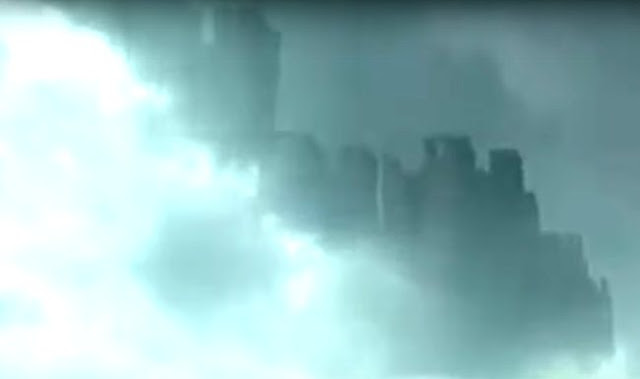 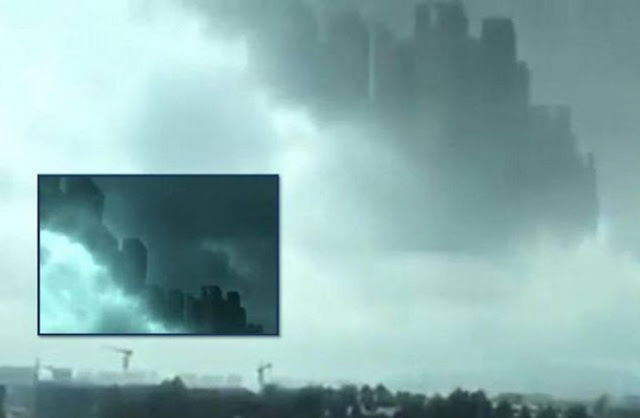 A Fata Morgana is a type of mirage that distort distance objects, and can be can be seen on land or sea.

It's caused when the sun heats up the atmosphere above the land or oceans, which creates a gradient of temperatures.

The air close to the surface is relatively cool and above that, there are layers of warmer air.

When light hits a boundary between two layers that are different temperatures – and as a result different densities – it bends and travels at a different angle.

Our brain assumes that light travels in a straight paths, so when it bends, we think the object is where it would be if the light's path runs straight.

In this case, light reflected from the skyscrapers is bent downward as it passes through the colder, denser air.

Because the brain puts the object where it would be if the light traveled a straight path, the distant skyscrapers appear higher than they actually are.

Despite the simple explanation, the latest sightings have got conspiracy theorists excited.

YouTube channel Paranormal Crucible said in a video report: 'The footage captured by a local resident appears to show a huge city floating in the clouds

'The apparition, which was witnessed by hundreds of shocked residents, only lasted a few minutes before completely disappearing.'

The channel speculated it could be 'the result of a project blue beam test.'

Project Blue Beam is a conspiracy theory which claims Nasa will someday simulate an alien invasion of Earth or second coming of Christ through holograms.

One online poster noted: 'Notice the group of buildings is repeated three times? If it isn't someone making it on their computer, it seriously could be project blue beam.'

The Paranormal Crucible video added: 'But added: 'Or a temporal vortex, a possible parallel universe material briefly into our own reality.'


'It is also possible, considering China's technological achievements that a top secret holographic technology was tested over a heavily populated area in an effort to gauge the public reaction.' 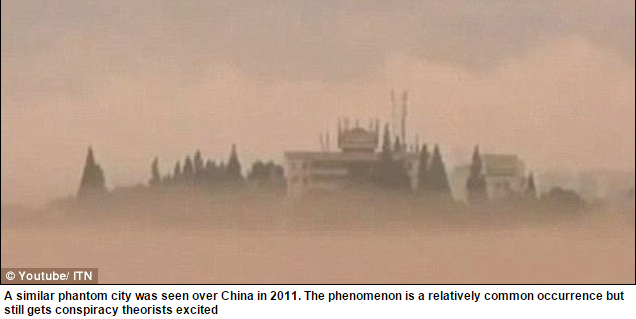 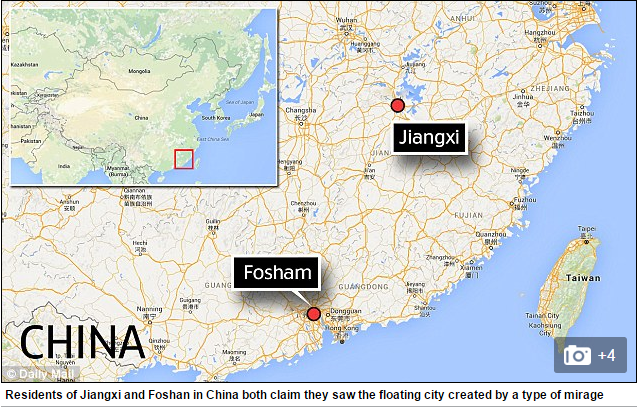